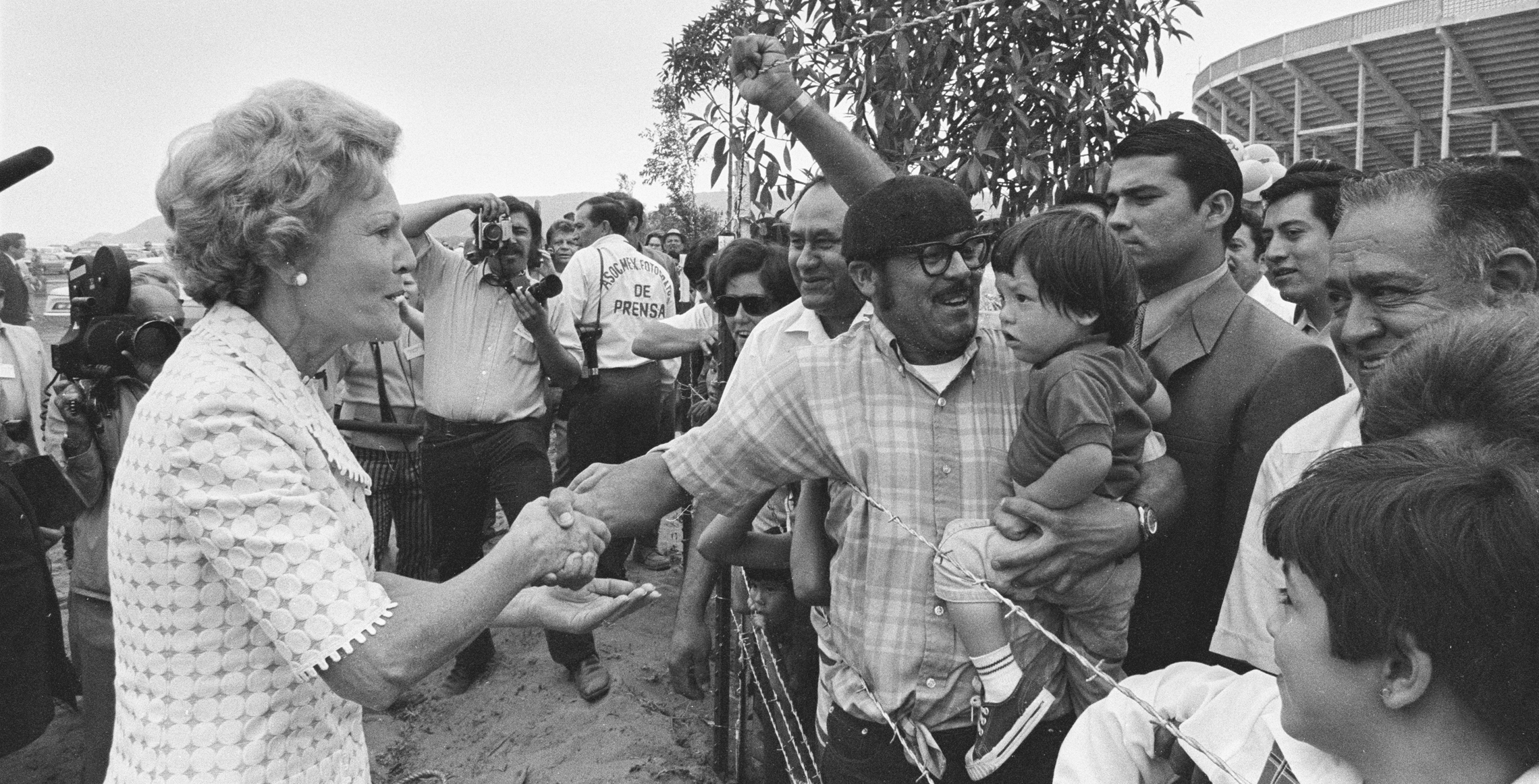 On August 18, 1971, First Lady Pat Nixon dedicated Border Field State Park which surrounds Friendship Park, a bi-national park located along the beach at the westernmost part of the border fence between Mexico and the U.S. She shook hands with her Mexican neighbors across the barely visible, international border-line and embraced their children for photographs. She said,

“I hate to see a fence anywhere… I hope there won’t be a fence here too long.”

Much has changed since 1971 and what was once a short, wire fence has now become a heavily militarized, eyesore of a wall. In December of 2015, I was invited to participate in the then 22nd Annual Posada Sin Fronteras, or Posada Without Borders, that takes place at Friendship Park. A posada is a Christmas celebration practiced in Mexico and other Latin-American countries in which guests reenact in song the Biblical story of Mary and Joseph seeking refuge in anticipation of Jesus’ birth. Guests go from house to house asking for a place to stay and after being repeatedly rejected and told to move on, they finally reach the last home where they are cheerfully welcomed in out of the cold. It is in this final home where Christmas festivities take place over delicious punch, tamales, music, and piñatas.

At the Posada Sin Fronteras, believers on both sides of the fence participate in this service as one body of Christ, singing together, praying together and taking part in communion and festivities together. Since its creation, this service has changed significantly. Because of increased border militarization and anti-immigrant sentiment, the border fence has become progressively taller and thicker. Communion is no longer able to be shared through the fence as had been done for years. This painful and literal division of the body of Christ could not be made any plainer.

Image of two hands pressed against the border fence, touching finger tips with someone on the other side of the steel mesh. Photo by Pedro Rios.

When I approached the border fence from the U.S side to participate in this posada celebration, I was stunned. The fence had been reinforced so many times, that you could barely see through it to the other side; there were only vague shapes of people seen from several feet away. It wasn’t until I stepped close to the fence that I could see faces: some filled with joy at the celebration, some faces serious, and others drenched in tears. I felt uncomfortable standing beside a family, divided by U.S. immigration policy, reuniting for the first time in years. They were sobbing. They had traveled for miles to meet each other at this fence, only to be restricted in their reunion. They could not embrace, let alone hold hands. They could only touch one another’s fingertips through the thick, steel mesh. I felt as if I was intruding on a private and sacred moment that could only be had in this very public place.

They sang, “In heaven’s name, please give us a place to stay, my beloved wife can no longer walk,” and we responded, “There is no room, continue on; we cannot open, you may be criminals.”

They begged, “Don’t be inhumane, have charity on us, God from above will honor you for it,” and we sang, “Go now and stop bothering us or you will anger us and we will beat you.”

This exchange continued until they sang, “My wife is Mary, queen of the heavens, who will become mother of the Divine Word!” It is then that we finally responded, “Is that you, Joseph? Is that you, Mary? Enter, pilgrims, we did not know you.”

In a traditional posada, it is at this point that the guests joyfully enter into the home to celebrate together with those inside. In this particular context, the irony of the words exchanged is not beyond anyone. In the midst of this holiday celebration, a deep sadness fills this church with the knowledge that our siblings on the other side of the fence will never be able to “enter” under current circumstances. Our hearts are grieved by the way we and our siblings from all across the world are demonized in the media and called “criminals” just like the innkeeper does in the posada song.

Unlike the biblical account of Mary and Joseph asking for room in the inn, the innkeeper in the posada song is given multiple opportunities to have mercy on those weary travelers. In this reimagining of the story, the innkeeper finally has a change of heart and gladly welcomes Mary and Joseph in proclaiming that he did not know them. It took the innkeeper multiple exchanges to finally learn who his neighbor truly was and to no longer be afraid of those whom he did not know.

During this holiday season, while we are hearing various reports about the Central American refugees seeking asylum in the U.S., may we consider the posada story. May we have mercy on those who have traveled so far looking for refuge. May we take the time to listen to them and know them, not fear them. May we acknowledge our power as those with resources and with the ability to shut the door in their faces or warmly greet them and gladly allow them to enter. Let us choose the path of empathy instead of judgment, hospitality instead of exclusion, and love instead of fear.

May we have mercy on those who have traveled so far looking for refuge.