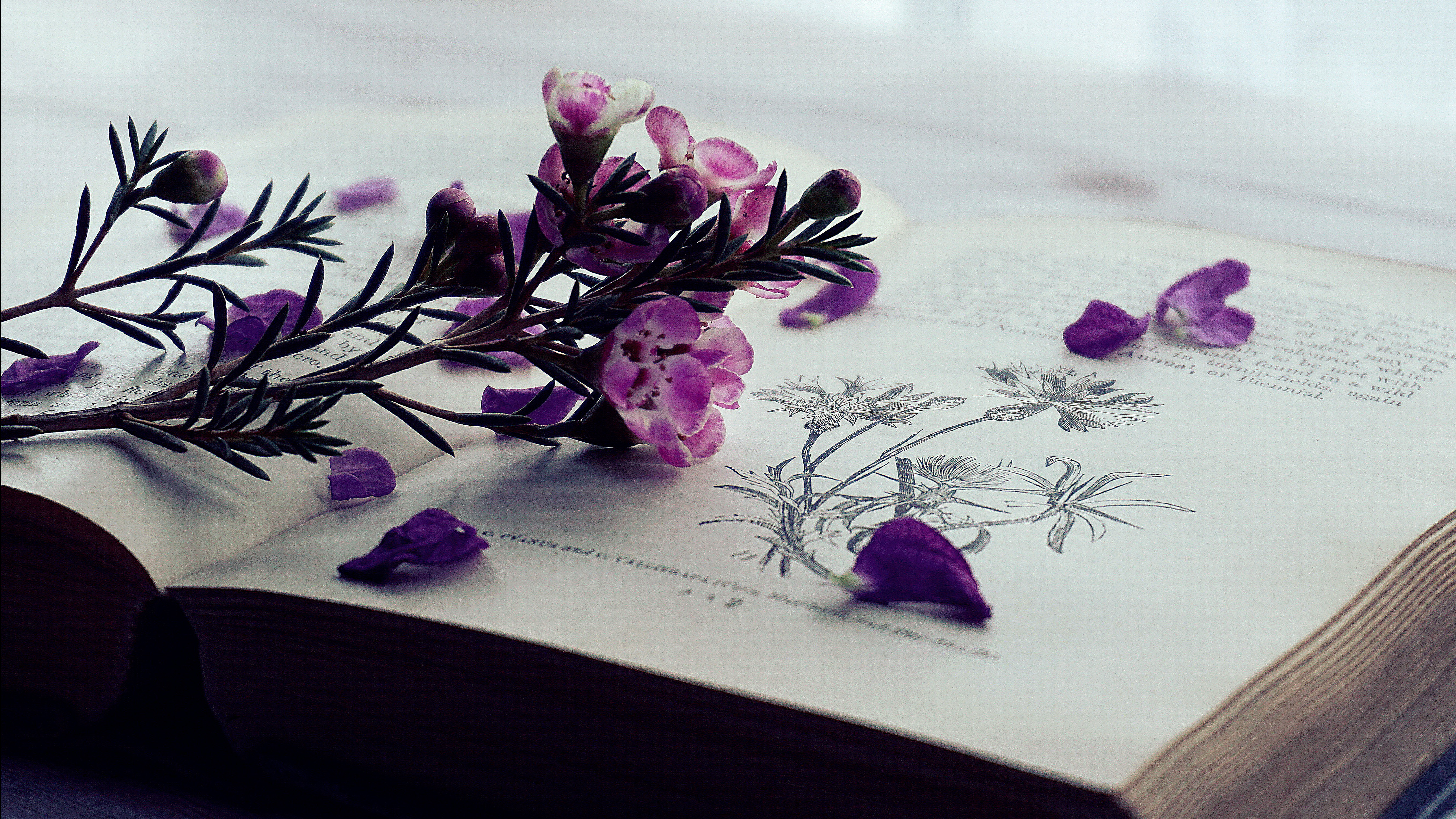 Making Peace with the Warrior God

The Tear-it-Out Approach is Marcionitish. It comes in strong or weak forms—and many of our churches fall into the latter category. We simply ignore the dark passages of the OT and pray no one stumbles into them. As I heard one preacher say, “the OT is someone else’s mail.” Which means, of course, we Christians shouldn’t open it.

The God-is-God-and-You-are-Not Approach is, essentially, Augustinian. It also comes in many forms, some orthodox and many not. At its best it reminds us that God is not bound by our imaginings of the good. At its worst it makes God out to be a monster. We must acknowledge that God is the maker, and we are the made. But we must also acknowledge that God made us in His image and for the sake of our glory as well as His own. Scripture makes clear that when God appears, the only possible response is to fall on our faces in awe and dread. But Scripture also reveals that this God always immediately comforts us: “Do not be afraid.” God wants to humble us, not humiliate us. All to say, we cannot simply explain away the OT’s accounts of God’s violence by saying that God’s ways are not our ways. Above all, we can’t make cheap appeals to “mystery.” We must wrestle with these texts until they wound us gracefully.

God wants to humble us, not humiliate us. All to say, we cannot simply explain away the OT’s accounts of God’s violence by saying that God’s ways are not our ways.

The God-Takes-Time-to-Show-Himself Approach has a long, complex history. Like the previous approach, it appears in the NT (Galatians and Hebrews, especially), and then in the hermeneutics of the early churches. Gregory Nazianzen provides a helpful early example. He holds that the Trinity is revealed progressively: the Father, clearly, and the Son, obscurely, in the OT; then the Son clearly and the Spirit obscurely in the NT. Now, in this age, the indwelling Spirit makes himself clearly known. Pope Benedict XVI provides a recent example of a similar position, arguing that God’s self-revelation is “deeply rooted in history … manifested progressively and accomplished slowly, in successive stages and despite human resistance.” He continues: “revelation is suited to the cultural and moral level of distant times,” so we should not be surprised by the fact that much in the OT remains culturally strange and morally offensive. God, like a patient tutor, humbly adapted himself to ancient sensibilities and concerns.

Following this insight, we can see the Tenth Commandment in a new light: “You shall not covet your neighbor’s house … your neighbor’s wife, or male or female slave, or ox, or donkey, or anything that belongs to your neighbor.” Clearly, wives and slaves are in some sense like houses and livestock—property. It cannot be that God means for us to hold that wives are property or that we have the right to own slaves. But He clearly does mean we should not covet that which belongs to another. How, then, does God show us that this, and not that, is what he means? The prophets, partially, then Jesus, fully, shows us how to determine what is and what isn’t rightly regarded as “property.” Once we know how to think rightly about property—and, again, the prophets and Jesus, as well as the apostles and fathers, are relentless in their teachings about it—we know that wives and slaves do not belong in the category, while animals and land and houses do.

If the Tear-it-Out approach calls our knowledge of God into question, and if the God-is-God approach reminds us of God’s power, then the God-Takes-Time-to-Reveal-Himself approach reminds us of His weakness. Read this way, the OT reveals a God who is humble and clever enough to let Himself be misrepresented in the short run so He can care for His representatives for the long haul. For a time, God is happy to not to be known rightly, even by his own people, if eventually he can make himself known fully both to them and through them to the world.

Read this way, the OT reveals a God who is humble and clever enough to let Himself be misrepresented in the short run so He can care for His representatives for the long haul.

The More-Than-Meets-the-Eye Approach is essentially Patristic—although, of course, elements of #2 and #3 appear in the ancient church as well—, insisting that the divine violence in the OT actually means something besides what it seems to mean at the literal level. Origen, for example, argues that the calls for Israel to wipe out the people of the land (as described in Joshua) was not in fact a call for genocide, but a parabolic way of calling for the people of God to put to death their sinful appetites. In his own words, “a kingdom of sin was in every one of us before we believed. But afterwards, Jesus came and struck down all the kings who possessed kingdoms of sin in us, and he ordered us to destroy all those kings and to leave none of them.” And he concludes: “Unless [Israel’s] physical wars bore the figure of spiritual wars, I do not think the books of Jewish history would ever have been handed down by the apostles to the disciples of Christ, who came to teach peace…”

Moderns found this ancient/medieval way of reading unacceptable, and many church traditions rejected it, or used it only sporadically. But following the recovery work of Henri de Lubac, among others, there has been resurgence of spiritual interpretation. In a famous essay (1980), David Steinmetz argued, “the medieval theory of levels of meaning in the biblical text, with all its undoubted defects, flourished because it is true, while the modern theory of a single meaning, with all its demonstrable virtues, is false.” Peter Leithart has argued that we need the “four-fold sense” of Scripture or something close to it. He gives the example of the rock of Horeb and the water that flowed from it. That event happened as the text describes, but it also foreshadowed another event: the death of Jesus. “God orchestrates history so that the real rock and the watery water foreshadow the temple rock of Ezekiel from which water flows, the Rock on the cross whose side is opened by a spear, who was the Rock that followed Israel.”

Leithart assumes, I think, that all events described in the OT actually happened. The literal sense is a historical sense. But not every proponent of spiritual exegesis/allegory has held that assumption. Some argue there are events described in the OT which are simply unworthy of God. In those cases, they argue, we should recognize that these things could not have happened, even though they have been conveyed to us as inspired stories. The question, then, is not about what God did then with them but about what God intends to do now with us. (The same was true for the original hearers, as well. And will be true for readers after us.)

In Sanctifying Interpretation I argue that we need to make a difference between what God does and what God lets his children say about what he’s done. In other words, God presents himself as a character in these stories—and sometimes “God” acts in ways God does not. Why would he do this? Because he wants to expose the idols we’ve made in his name. God is against “God” for our sake. Or, as Eckhart puts it in his famous prayer, “God save me from God.”

But some will protest that this is misleading, and so not the work of God. But it is not misleading, because in Christ God in fact does become a (story-telling!) character in the story that is God’s history with us. Jesus, revealing God, tells parables. It is fitting, then, that the OT should be parabolic. In some ways, this is fairly obvious. For example, God does not travel from place to place (as depicted in the Sodom story) or change his mind (at least according to traditional doctrines of God). He does not tempt David to sin, or send lying spirits into the mouths of his prophets. And indeed cannot. These things, as the Fathers would say, are unworthy of him. But make no mistake: that puts us as readers in a difficult place. How do we know what is and isn’t worthy of God? Here, approaches #2 and #4 stand in some tension. The good news is that God means to put us in that difficult place. He means to save us not from interpretation but through it.

Where does all of this leave us, then? I say we need to integrate approaches #2 thru #4, with the weight falling on #4. Jesus, the crucified, living Lord, is the canon of the canon. We can’t come to understand him w/o the Scriptures, but it’s also true that the Scriptures can’t be understood apart from him. The whole of the OT—including the “dark” passages, and perhaps especially the scenes of divine violence—are about Jesus, and about the grace he brings to bear on us. We should read them, then, as gospel.

Jesus, the crucified, living Lord, is the canon of the canon. We can’t come to understand him w/o the Scriptures, but it’s also true that the Scriptures can’t be understood apart from him.

When I say it’s good news I don’t assume I know exactly what that means. So much happens to us when we engage Scripture faithfully; much, much more than we can track or even imagine. And sometimes good happens just as we’re wrestling with what seems like anything but gospel. So: read! Read the OT as holy, wise, good. Read it in conversation with the NT and in conversation with the church’s interpretations of it down through time. Read it in the light of the gospel, and in the light of the church’s theological and spiritual tradition. Above all, remember that even the “dark” passages are light to God, and that in him there is no darkness at all.