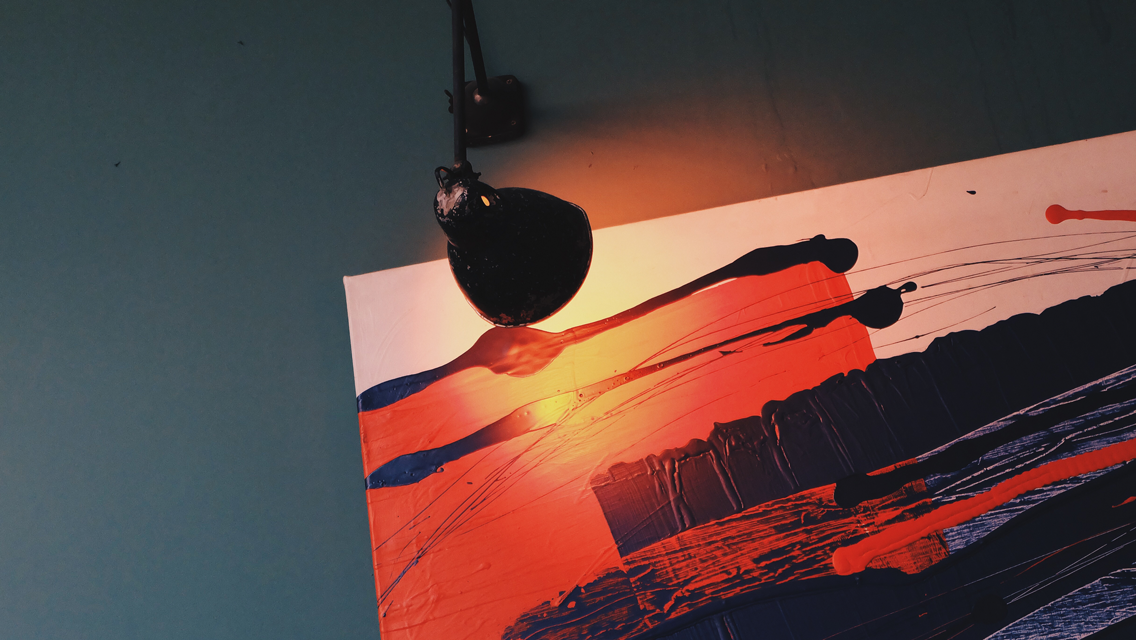 Language is a metaphor. It is giving a name to an object or reality that exists.

Language creates common ground by allowing us to communicate with one another succinctly and with a standard. It is agreed upon sounds that describe the physical and abstract realities around us. Many times, however, we discover portions of reality that have yet to be named. These collections and sequences of experiences, words, and ideas; these abstract, conceptual, unnamed realities become real to us, but they are formless, confusion, or unreality to everyone else, until they are given a name.

Giving something a name is combining language – multiple words – or even forming new words to describe something that has not yet been described. It makes it concrete, it cements it in our minds, and forms a platform of communication and understanding on which multiple people can think and build on top of. However, it is not creativity.

Giving something a name is combining language – multiple words – or even forming new words to describe something that has not yet been described.

Creativity is a myth. Or maybe the problem is simply semantics. We hear people saying, “ooh that’s really creative”, or, “we’re going to have to be creative with this one”, but this actually describes thinking or acting differently, outside the box – repurposing what already exists. But creativity, as defined biblically, would be described as something from nothing, an act of God. Genesis 1:1 states, “In the beginning God created the heavens and the earth.” Genesis 2:1 completes the creation story, “Thus the heavens and the earth were completed in their vast array.” We’re not adding to what exists, creation is already complete. Colossians 1:16 says, “For in him all things were created” So if everything has already been created, what then is man’s role in the creation story? Translation – naming language.

Human creativity would better be described as translation.

Just as the animals preceded translation, there is something that precedes language. The body. “The body … precedes language and abstract thought during individual development. A child first comes to know the world through his or her body, and later developmental steps build on top of that understanding. The very words which form the building blocks of explicit thought are themselves all originally metaphors, grounded in the human body and its experience. (Chu, 2018)”

So then, what preceded the first use of language?

Genesis 1:1-3 says, “In the beginning God created the heavens and the earth. Now the earth was formless and empty, darkness was over the surface of the deep, and the Spirit of God was hovering over the waters. And God said, “Let there be light,” and there was light.”

Tension between spirit and darkness preceded light, which was created by language, and language led to translation. These two primordial forces, spirit and darkness, are still at work today, as they push against each other within our own lives. That which exists invisibly in our spirit is pushing against that which doesn’t exist and what comes out is light, a new reality that illuminates that previously darkened understanding of reality. These are the experiences we have with the world. We feel this tension within us that we are close to something, a breakthrough, a new part of reality. Just as God brought the animals to Adam, the Spirit brings to our spirit the raw materials of reality – experiences – and together we are pushing darkness out of this clouded understanding of reality and when we speak, we illuminate it.

Just as God brought the animals to Adam, the Spirit brings to our spirit the raw materials of reality – experiences – and together we are pushing darkness out of this clouded understanding of reality and when we speak, we illuminate it.

We experience, think, and then talk about new ideas, concepts, or things we must do. However, when we talk about these experiences, it’s still darkened, it’s confused, we try to explain it but it requires hundreds of words and nebulous chattering. If we do not translate this idea to a name (one, two, or a few words), we lose these experiences, ideas, and concepts to darkness. We don’t remember them, and neither does the world. Language must be translated, as God did in the first act of translation: calling light day. Everything begins with experiences, is illuminated by words, words are translated to names, and names become levels of communication on top of the foundation that is language.

So, in translation, we are performing as close to the original act of creativity – speaking light out of formlessness and emptiness – that God performed. This then may be the most powerful act the human can perform. If it is so powerful, we must understand how to do it.

For this, I will share a quick guide to names that stick, as derived from Chip and Dan Heath’s book, Made to Stick. These qualities will help us know we’re getting close to the proper translation, because we know that, “whatever the man called each living creature, that was its name.”

We all experience life as The Holy Spirit leads us through tension between our spirit and darkness. But it is not enough to simply feel these things, we must undergo the process of illumination by translation and consummate these experiences. There is a Latin phrase Nomen est numen, which means “to name is to know” In naming, we are enabling ourselves and humanity to know something that was once obscured by darkness, we are illuminating and translating deeper parts of reality.