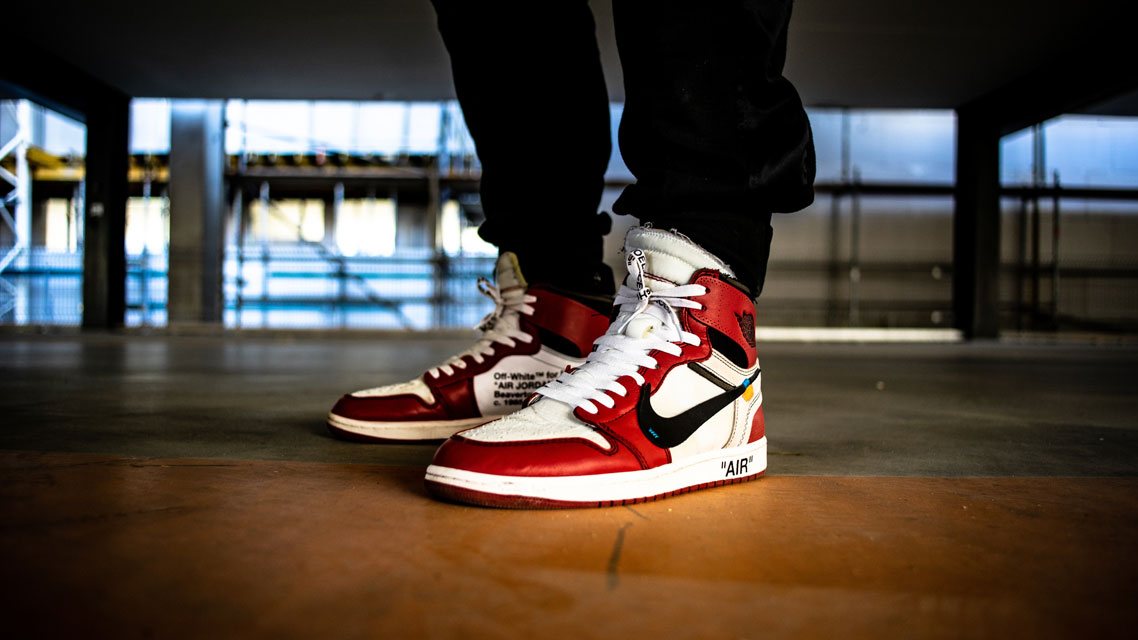 @PreachersNSneakers, the viral Instagram account that in just three weeks has amassed over 120 thousand followers, may be the hottest thing on Instagram that is connected with Christianity and the one that is causing so much controversy.

If you haven’t heard of it yet, do not fret, the account does not seem to be slowing down anytime soon (even though for a short time yesterday the account seemed to be down). What is the basic gist of @PreachersNSneakers? Well, essentially, the account posts pictures of “celebrity” pastors paired with their sneakers (or, in some cases, Gucci mules) and its current price.

With the kind of comments on the posts, it is not hard to see where the controversy may be coming from:

“Is it really that big of a deal tho? I mean, these pastors don’t get ALL they’re money from their churches. They are running HUGE successful baddies for the Kingdom. Doing great things. Not hurting financially. All needs are met, obviously they’re doing something right🤷🏻‍” – @j.nnycarlisle

“Wearing a family of 4’s rent for 3 months on his feet. HowWouldChristFlex” – @morose_thoughts

From Steven Furtick, to Chad Veach, John Gray, and more, @PreachersNSneakers doesn’t hold back any anecdotal and satirical punches.

To be honest. . . I am conflicted about this Instagram account, as I think it provides some important cultural fodder for discussion but also so quickly shows a very divided (and even hurt) church. It would be easy to quickly ask the question, “Should pastors be buying and wearing $1,100 Gucci loafers?”; however, I do not think that question will get us anywhere, except for leading to endless debates. As someone who teaches theology at a university level, and does this for those who want to be pastors, the question I find most pertinent at this moment is “How do we, as Christians, think about this account and what can an account like this teach us about the church?”. (A secondary question is just as, if not more, pertinent and will be explored later – what does the way we think about style and excess tell us about the poor and marginalized?)

Just scrolling through the comments on this Instagram it is easy to notice something – the discussions can get ugly fast and, unfortunately, it seems to be par for the course in this cultural moment. Why? Because people are passionate about and watching who leads the church and what the church’s responsibility is within the world. Because on one hand people are looking through the lens of justice (the church’s responsibility for the poor, the widow, and the immigrant) while on the other hand some people are looking at all the past works of these @preachersnsneakers and qualifying their ability to wear (even if it is simply given to them) and buy such clothes based on how much they have done for the church. Yet, and most importantly, this value ethic (essentially is something right or wrong based on a hierarchy of values) can hide a point that I think needs to be expressed: Are we, as the church, doing what we can to build the Kingdom of God by ushering people into the presence of God and helping them find their way into that Kingdom?

There is a reason that an account like this has blown up so quickly. It would seem to me that the growth of this Insta portrays the wildly growing opinion of something happening in the church – the reality that some churches, and their leaders, have lost touch with the culture they are commissioned to reach.

So many comments portray this reality. One stark and ironic comment stated, “Don’t judge them until you have walked a mile in their shoes.” The resounding reply? “I can’t afford to.” Ouch.

In our attempts to “reach culture” have we actually alienated ourselves from culture-at-large?

This is not to deny the ministry of the preachers on @preachersnsneakers. There is no denying they have connected with a part of culture, and have brought people along on a journey of following Christ.

Whether we agree with the aims of the IG account or not, it has captured a picture of those who, from the outside, are turned off from the church by the actions of the church.

What reality of the church are we portraying to the world?

I have had Christian friends mention to me “don’t you just think that the people who like this account are just salty Christians?”. Sure there may be some who find a voice through this IG account, but there are also many followers who engage the issue at hand as their perception of what the church is supposed to be about.

There are two points here: who are these salty Christians and why are they salty? I am not really sure, though there is no shortage of stories, blogs, and podcasts from those who feel hurt by the church. Could it be that we need to actually listen to those who are in the church and feel harmed by the church?

I spend a lot of time asking my non-Christian friends what they think about the church. They know I am Christian, and even more that I teach theology for a profession. Yet, I have done my best to foster an environment where my non-Christian friends can tell me exactly what they feel and think about the church without fear of judgment or immediate rebuttal.

I have this one friend. I met him taking my dog to the dog park nearly everyday (when you have a large German Shepherd and a small house, the dog park becomes essential). Over time, I began to learn his faith story, which turned out to be not much of one. He only went to church a few times as a kid. When showing my friend @preachersnsneakers his response to me was that he would never go to a church where the pastor would spend so much on shoes. In fact, his question really resided on why would he ever give to a church if over-priced sneakers and trendy clothes are what his money was directly investing in. Now, of course, this is reductionist when you know a church’s financials. Yet, when an outsider is looking in, the first impression truly matters.

While this is just one anecdote, I think we see this story repeated in many of the comments of @preachersnsneakers. I think this is why this account has grown to be as big (if not bigger than) some of the very pastors it portrays.

Jamie Twortowski, who when I was in college was the closest thing I can remember to a Christian social justice celebrity, made some pertinent remarks. “In short, a Pastor in Gucci is offensive and confusing to a person who isn’t sure they can pay for lunch, especially when the pastor got to his ‘Gucci’ status by representing Jesus.”

If wearing Yeezy’s that are currently selling for over $5,000 is an attempt to bring some to Christ, how many more are being left out, turned away, or disconnecting by those same shoes? The shoes are not the real issue here either, but only a symptom of the larger issue. It sometimes just takes something so small as the price of shoes to open our eyes to the culture we have fostered.

There are so many other realities that go into such a discussion. Things like, are pastors supposed to be poor or can they be rich? If they are rich, should there be discretion and wisdom in how they spend their money? (As a pastor’s kid who grew up in a very poor home, there are many points to be discussed here.)

There are an incredible amount of biblical passages that can be discussed here as well. Some that come to mind is Jesus’ discussion with the Rich Young Ruler, the struggle in the church at Corinth where the poor were being shamed, James discussion on how they church fails when it honors the rich and forgets the poor, and so many more. These are all things that will be discussed further in blogs to come, as there was no time here to hit all of the issues surrounding such a cultural phenomenon.

In the end, if so many people within our culture – those who are outside of the church, and those who we are supposed to be reaching – find the reality of such actions (by the very leaders that so many in the church look up to), repulsive, offensive, and more, are we willing to listen?, are we willing to change?, are we willing to reevaluate how we are representing Christ to those we should be leading these very people to? These aren’t questions I assume to answer, but rather, these are the questions that @preachersnsneakers is forcing us to contemplate, and for that, I am grateful.