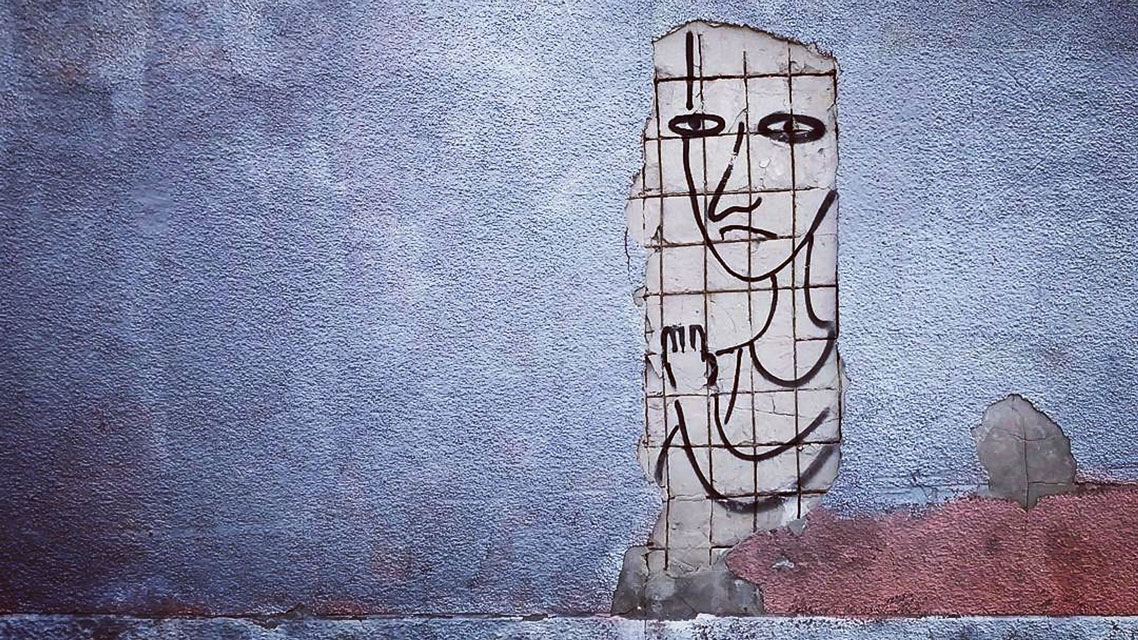 The Groaning of a Prisoner

AIDS? My doctor responded with a shocked look when I asked if the blood-test I had just taken included a screening for AIDS. Noticing her stunned expression, I said, “Well, I don’t have any of the associated behaviors, but I worked as Senior Chaplain of Women at the Orange County Jail for several years and walked alongside of several inmates who passed away from the disease.”

In my head was a picture of a very young, African-American woman, sweating profusely as she died. She asked me, “What will happen when I die.” Wiping her wet brow with my ungloved hand, I whispered: “I believe you’ll close your eyes looking at me and open them and see Jesus.” She closed her eyes and passed on a very short time later.

Wiping her wet brow with my ungloved hand, I whispered: “I believe you’ll close your eyes looking at me and open them and see Jesus.”

Holding up my hands as if I were looking for broken skin, I mentioned to my doctor that I never wore gloves. She nodded, signaling she understood why refusing to wear gloves seemed important, despite the relatively minor risks. Now, I never did contract any diseases, but I mention this in order to underscore the cost of sacrifice.

Jail and prison ministry is tough duty and certainly no place for the faint in heart. It offers none of the glamorous perks of other ministries. In fact, I often felt as if I was assigned to the very gates of hell. The stories of inmate experiences, the seeming relentless battles for effective, Spirit-led ministry to survive and thrive in the darkest of places, where the very environment felt designed to stress the soul and discourage the spirit in so many ways, created questions. Why would one devote the very best years of strength and life in such dark, forgotten places? On most days, I left my house in the dark of early morning and returned home after the sun went down, feeling spent but still oftentimes stopping at the hospital to check on an inmate who had given birth or on one who became seriously ill. The darkness of those days were illuminated only by the constant glowing light of God’s love, which seemed to envelope me, motivate me, and strengthen my resolve to keep going.

There was one reason alone for such duty, at least in my own mind. If you listen carefully in the silent places of prayer you may hear it, too,–the sound I heard that took me into those difficult and dark days. Psalm 102:19-22, (NAS) says:

For He looked down from His holy height; from heaven the Lord gazed upon the earth, to hear the groaning of the prisoner, to set free those who were doomed to death…

What struck me when I first read this passage was that God hears the prisoner; the groaning of their suffering and bondage rises into God’s ears. Upon further reflection, having been informed by endless stories of sexual and physical abuse, recollections of rape, terror, and control perpetrated upon so many women, the sense that God was hearing it all impacted me considerably.

Having been informed by endless stories of sexual and physical abuse, recollections of rape, terror, and control perpetrated upon so many women, the sense that God was hearing it all impacted me considerably.

In my own life, I heard that same groaning in certain ways. For instance, my heart felt a pang of deep hurt when I encountered the topic of human trafficking and sexual abuse. I considered that these pangs were prayer burdens, but after praying through the burden into a state of peace, I also felt the need to do more. Have you ever asked yourself, what can I do to help? How can I make a change in these lives? Have you ever felt the sense that you needed to do more? Although I had never considered myself as being called into jail ministry, doors opened for me surprisingly easily when other doors of service seemed hermetically sealed shut. Once I surrendered my life and calling to Christ afresh, I began to experience unusual encounters. For Instance, at a grocery store, a stranger approached me to explain that her daughter was in jail and needed help. Such unexpected confirmations, coupled with a deep desire to reach out on God’s behalf, drove me forward. If certain demographic groups or troubled populations of people seem peculiarly drawn to you, it may be that God has placed an invisible mantle of grace upon your shoulders that draws them.

All of these small and great confirmations seemed to call me into deeper waters, but the loudest voice of all was the sense that God was groaning with deep pain in response to so many violated and needy souls. It began to feel like a holy trust, as if deep were calling to the deep places of the Spirit within me, pressing me towards the depth of human hurt and pain. Have you ever felt such a calling? If you have, know that God has chosen you for a very special purpose, that God trusts you with what is hugely important, and that God will go with you at every step.

All of these small and great confirmations seemed to call me into deeper waters, but the loudest voice of all was the sense that God was groaning with deep pain in response to so many violated and needy souls.

Such grace will cost everything you have to offer and more, but in the end you will say with Paul, “For I consider that the sufferings of this present time are not worthy to be compared with the glory that is to be revealed to us,” (Rom. 8:18, NASB). “For [this] momentary, light affliction is producing for us an eternal weight of glory far beyond all comparison,” (2 Cor. 4:17, NASB). If you, too, hear the groaning of the prisoner, it may be that God calling you to deeper places of service and sacrifice. I encourage you to respond by saying “yes” to God.