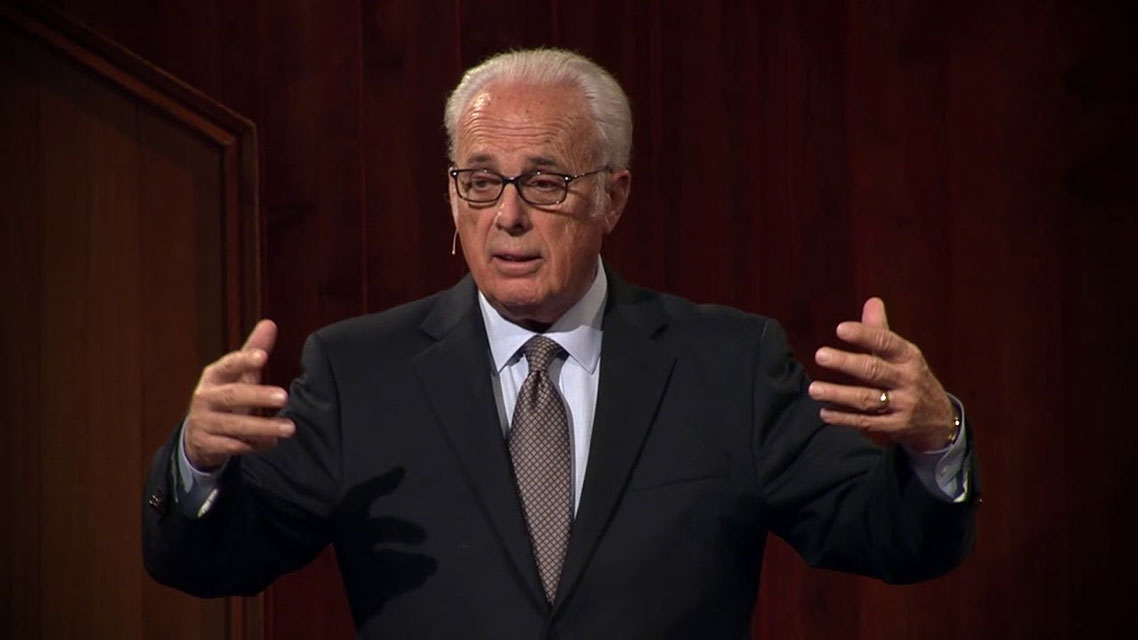 “HE PREACHES LIKE HIS MOTHER … AND THAT’S A GOOD THING”: A RESPONSE TO JOHN MACARTHUR AND A CALL FOR VALUING WOMEN AS PASTORS AND TEACHERS

I am proud to serve in a church tradition and community, the Pentecostal-charismatic tradition, that takes the Bible seriously with regard to the full inclusion of women in ministry. This includes valuing their service as lead pastors and teachers of Scripture and theology.

A few days ago, the evangelical pastor John MacArthur skewered Beth Moore, the Southern Baptist Convention, Paula White, and the #MeToo movement. This less-than-subtle criticism, according to a report by the Religion News Service, was during a conference at Grace Community Church in Sun Valley, California. At the conference, states the report, McArthur responded to several two-word phrases presented by an interviewer. In response to the phrase “Beth Moore,” a reference to the popular Southern Baptist writer and teacher, MacArthur replied, “Go home.”

I am so very pleased that in my tradition few have taken MacArthur seriously. His words regarding the roles of women, while perhaps reflecting the thought of many at the conference, and perhaps reflecting a few in my tradition, do not resonate with the whole of the biblical record. Further, many church leaders with the Pentecostal-charismatic tradition have denounced his view.

I am proud of the many faithful women in my tradition and in the whole of the church who have taken Scripture seriously and have not gone home. Instead, they have followed their call. Having been propelled by the Spirit, they have followed the model identified by Christ and have been faithful to the biblical narrative. I would encourage women who have been taken back by MacArthur or by others with similar views as his to follow the Spirit. Serve within the call modeled in Scripture that honors the prophetic voice of women. Serve within the biblical model that values women as pastors and teachers of Scripture and theology, that values women in various roles of leadership.

The gospel writer Luke speaks of the Spirit coming upon all people … including women … that they may proclaim the prophetic word of God (Acts 2:17-18). Having heard from God through the Spirit, women and men, young and old, the influential and the not-so-influential, people of all ethnicities, and people with varying degrees of (dis)abilities, are to take the good news of Christ to all people. Rather than returning to the insulation of their homes, they are to take the good news of Christ’s redemptive work to all peoples.

Jesus authenticated women for leadership in ministry when he commended Mary of Bethany as she sat at his feet. “Sitting at the feet” is a euphemism for the study of theology for becoming a rabbi. Correspondingly, this is the term that Paul used of his own theological preparation, his having sat at the feet of the noted rabbi Gamaliel (Acts 5:34; 22:3).  Mary’s sister, Martha, objected to Jesus’ inclusion of Mary in those sitting at Jesus’ feet because studying theology for the purpose of becoming a rabbi was culturally inappropriate for women. Jesus responded, “Mary has chosen what is better, and it will not be taken away from her” (Lk 10:42NIV). Unfortunately, the church has often taken away from women what Jesus commended for women.

Jesus authenticated women for leadership in ministry when he commended Mary of Bethany as she sat at his feet.

The apostle Paul recognized the appropriate calling of women to all aspects of ministry when he commended Phoebe as a pastor and recognized Junia as an apostle (Romans 16:1, 7). While Paul recognizably made statements that limited the role of women in particular situations, those situations must be evaluated in light of the superintending teachings and model of Jesus, Paul’s own recognition of women in church authority, and in light of the full narrative of Scripture.

Many years ago, I had the privilege to return to the church of my youth. My father as pastor introduced me as the guest speaker: “He preaches like his mother and that’s a good thing.” That introduction, while admittedly reflecting the prejudices of my father, was one of the greatest compliments that I have received. I pray that I have continued, though certainly imperfectly, to follow the model of inclusion that I received from my parents. They received this model from our tradition, from the model of Jesus, and from the whole of the biblical record.

I am honored to have been able to worship and serve in a church pastored by the late Pauline Steele and the late Mary Ruth Branham. I am proud to have studied theology from faithful women scholars at three different seminaries that are from differing church traditions. One of those seminaries is within Beth Moore’s tradition, the Southern Baptist Convention. I currently teach alongside faithful women who are professors of Scripture and theology. These women also have been pastors. The schools where I have studied and taught all prioritize the gospel and the authority of Scripture. In the Pentecostal academic circles in which I run, persons like Drs. Melissa Archer, Peg de Alminana, Cheryl Bridges Johns, Lois Olena, Joy Qualls, Kim Alexander, Estrelda Alexander, and Leah Payne are superstars.

I am proud to serve within the Pentecostal-charismatic tradition where women are among the executive leadership in the Foursquare Church and in the Assemblies of God. I am proud to serve in a tradition in which women are presidents of at least three colleges that prepare women and men to become pastors, Estrelda Alexander at William Seymour College, Angie Richey at Life Pacific University, and Carol Taylor at Evangel University. In the seminary at Southeastern University, an Assemblies of God institution, fifty percent of students in the Master of Divinity program that prepares persons for the pastorate are women.

I am proud to serve in a tradition in which women are presidents of at least three colleges that prepare women and men to become pastors.

I am proud to have learned and to have served in communities that take the Bible seriously with regard to the full inclusion of women. I have had the opportunity to hear the prophetic voice of the Spirit from women, to have learned via their mentorship, and employ those who consider themselves Christ-followers to strive in doing the same.