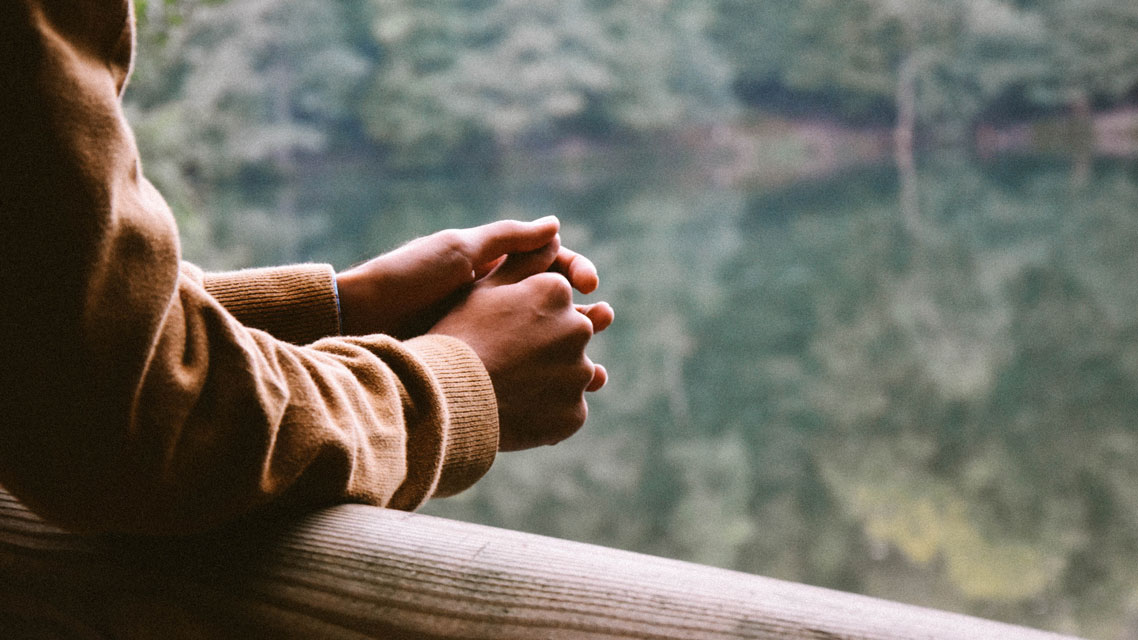 Why should we pray? If God is all-powerful, as many of us believe, and God’s will is incontrovertible, what do our prayers do? Can God not do anything God wants? If God can answer prayer and wants to answer the prayers of God’s people, why do so many prayers go unanswered? As C.S. Lewis wrote, “Every war, every famine or plague, almost every deathbed, is a monument to a petition that was not granted.”1 Does prayer really do anything?

These are important questions for us, because if our prayers do tap into God’s power and can change reality for ourselves and those we love, prayer should be a key priority of our lives. If prayer does not do anything, though, we are better off to use our time doing other things.

The first time we see prayer explicitly mentioned in the Bible is Genesis 20. Abraham moved to the land of Gerar, and, for the second time in his life, he told the host ruler (King Abimelech) his wife Sarah was actually his sister for fear that her beauty would put their family at risk. God warned Abimelech in a dream in verse 7, “Restore the man’s wife, for he is a prophet, and he will pray for you and you will live. But if you do not restore her, know that you shall surely die, you and all who are yours.” (NASB) Abimelech followed through, Abraham prayed, and all who were physically affected were healed. Note the conditional nature of God’s warning and promise to Abimelech. Healing would only come if Abimelech did his part to return Sarah to Abraham, and if Abraham did his part – to pray. God’s supernatural action depended on a human request.

Healing would only come if Abimelech did his part to return Sarah to Abraham, and if Abraham did his part – to pray. God’s supernatural action depended on a human request.

There are many such examples throughout the Hebrew Bible of God working in response to the requests of his people: Rebekah conceiving Esau and Jacob after her husband Isaac prayed for her in Genesis 25:21, Miriam’s healing after Moses’s prayer in Numbers 12, the sun standing still in response to Joshua’s prayer in the ninth chapter of the book bearing his name, Hannah’s prayer leading to Samuel’s conception and birth in I Sam 1-2, Hezekiah’s life extension in response to his own prayer in II Kings 20, and many more. People prayed and God changed reality in response.

The New Testament, likewise, has many examples, instructions, and even commands to pray. Mark 1:35 records the pattern of Jesus’ ministry mentioned several other times in the Gospels: “And rising very early in the morning, while it was still dark, he departed and went out to a desolate place, and there he prayed.” (ESV) The Incarnate Son of God made prayer a regular part of his life. Jesus also promised his followers that God would answer their prayers: In Matthew 7:7, he promised, “Ask, and it will be given to you; seek, and you will find; knock, and it will be opened to you.” (NASB) Later, in Matthew 21:22 he added the condition of praying in faith: “And all things you ask in prayer, believing, you will receive.” (NASB) John’s account of the Last Supper includes Jesus giving this memorable promise: “Truly, truly, I say to you, if you ask the Father for anything in My name, He will give it to you.” (John 16:23, NASB)

The letters of the New Testament reinforce this imperative to pray and the promise of God’s response. James wrote, “Is anyone among you sick? Let him call for the elders of the church, and let them pray over him, anointing him with oil in the name of the Lord. And the prayer of faith will save the one who is sick, and the Lord will raise him up… The prayer of a righteous person has great power as it is working.” (James 5:14 &16, ESV) Paul talks about his intercessory prayer for his readers in many of his letters, and I Timothy 2:1 urges prayer in the church.

The New Testament priority for prayer was adopted by the early church. In one of the earliest set of extant Christian writings outside of the New Testament, Ignatius, Bishop of Antioch, in his letter, urged Polycarp to “Give thyself to unceasing prayers.”2 Tertullian, imminent theologian of the Second and Third Centuries, wrote an entire treatise on prayer, which includes a firm conviction that prayer does change reality:

Prayer… knows nothing save how to recall the souls of the departed from the very path of death, to transform the weak, to restore the sick, to purge the possessed, to open prison-bars, to loose the bonds of the innocent. Likewise it washes away faults, repels temptations, extinguishes persecutions, consoles the faint-spirited, cheers the high-spirited, escorts travellers, appeases waves, makes robbers stand aghast, nourishes the poor, governs the rich, upraises the fallen, arrests the falling, confirms the standing.3

Two centuries later, Augustine of Hippo also wrote much about prayer and even credited answered prayer as a key component of his own coming to faith in Christ. He records many specific miraculous answers to prayer in his City of God. It is clear that many in his day asked the same questions many today ask:

We might ask whether we are to pray by words or deeds and what need there is for prayer specifically if God already knows what is needful for us. The act of prayer clarifies and purges our heart and makes it more capable of receiving the divine gifts that are poured out for us in the spirit.4

The act of prayer clarifies and purges our heart and makes it more capable of receiving the divine gifts that are poured out for us in the spirit.

Founder of the Reformation, Martin Luther was another firm believer in the effectiveness of prayer. A friend once described his prayer life this way: “There is not a day on which he does not devote at least three hours, the very ones most suitable for studying, to prayer. Once I was fortunate to overhear his prayer. Good God, what faith in his words! He speaks with the great reverence of one who speaks to his God, and with the trust and hope of one who speaks with his father and friend.”5

Luther urged Christians to pray boldly and expectantly. He said God is like a rich ruler who “commanded a poor beggar to ask for whatever he might desire and was prepared to give lavish, royal gifts, and the fool asked only for a dish of beggar’s broth.” When we pray like this beggar, we receive much less than we could, but even more importantly, faithless prayer “is a great reproach and dishonor to God,” who “offers and pledges so many inexpressible blessings.”6

The Twentieth Century erupted in the birth of the Pentecostal Movement, which the leader of the Azusa Street Revival, William Seymour, attributed to prayer in the first edition of the newspaper, Apostolic Faith, published less than six months after he first preached in the old livery stable on Azusa Street.

[Parham and his students in Topeka] had a prayer tower in which prayers were ascending night and day to God. After three months, a sister who had been teaching sanctification for the baptism with the Holy Ghost… felt the Lord lead her to have hands laid on her to receive the Pentecost. So, when they prayed, the Holy Ghost came in great power and she commenced speaking in an unknown tongue… Now after five years something like 13,000 people have received this gospel. It is spreading everywhere… and greater signs and wonders are following them.7

Apostolic Faith and the many other Pentecostal journals that followed gave hundreds of specific testimonies of miraculous answers to prayer. Aimee Semple McPherson, Founder of the International Church of the Foursquare Gospel made belief in the miracle-working power of prayer a key doctrine: We believe that Divine healing is the power of the Lord Jesus Christ to heal the sick and the afflicted in answer to believing prayer.8

Sister Aimee later wrote. “Some people do not receive their healing as readily as others, and I believe the reason is they do not pray enough and get down before God and really fast and pray … Do not say, ‘Well, if it is the Lord’s will to heal me, I will be healed, and, if not, I won’t.’ You will never get your healing that way.”9 Such an expectation of miraculous answers to prayer has remained a hallmark of the Pentecostal Movement, but will we pray this way in Twenty-First Century?