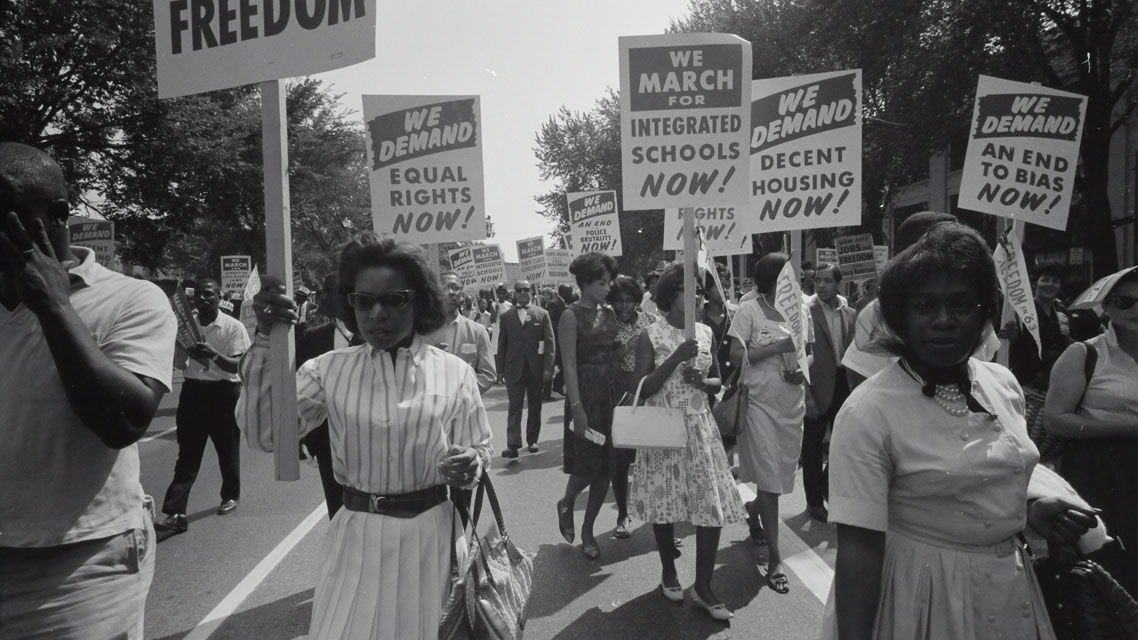 Diversity Is on the Clock

Diversity gained momentum in the 1960s as a result of the Civil Rights movement and several legislative changes. Although it has become a word that points toward equality and inclusion for many minorities and marginalized community members, diversity is also in a race against time. For certain communities, diversity stands for hope and the possibility of greater opportunity. However, this word is a sense of irritation for others, those that are positive recipients of the systems that currently oppress, marginalize, and separate the “in” group from the “out” group. Today most organizations develop policies and systems to help affirm diverse work environments or spaces. Even so, diversity presents its own set of challenges, and the term is in a race to be defined.

James Baldwin wrote, “History does not refer merely, or even principally, to the past. On the contrary, the great force of history comes from the fact that we carry it within us, are unconsciously controlled by it in many ways, and history is literally present in all that we do” (Foner 2002).

As I have experienced diversity in the form of ideas, implementation, and throughout daily life, I realized that in one particular community, my definition of the term—which requires bringing about systemic change—was not what was being implemented. This presented a challenge, but more importantly a reality that is addressed by writer Ibram Kendi.

In his book “How to Be an Antiracist,” Kendi unpacks what is unfolding within the implementation of diversity efforts. He explains, “The problem of race has always been at its core the problem of power, not the problem of immorality or ignorance” (Kendi 2019). The historical significance of so many who have persuaded, argued, protested, and fought for equality has been subtly attached to the idea of diversity. This re-enforces Kendi’s notion that it is a power issue, or more simply stated, a power struggle. In some spaces, diversity has become a tool, utilized as a means of checking a box, and is repackaged as a focal point of pride because of the primary concept of diversity that now exists. I discovered diversity has been in the middle of this power struggle since the beginning. I was misinformed by the narrative, believing I was in the midst of hopeful diversity work. It became a moment to ask myself, is real change happening in this community? This following story is an example of what might be happening near you.

In some spaces, diversity has become a tool, utilized as a means of checking a box, and is repackaged as a focal point of pride.

The church had a mission, and like many congregations, one major focus was on  the “lost,” or people outside of the church. The idea seemed simple enough and everyone was on board because reaching people outside of the church is important to God. This challenge to the congregation brought excitement as people began to feel like there was a mission for them to pursue. Following this announcement, there was a pastoral staff meeting, where ideas of how to reach the “lost” and bring them into the church were presented. There were two opportunities specifically that caught my attention; one was a service for elderly in a nursing home, and the second was a time prior to service to meet your neighbors. Both of these outreaches provided a connection with people outside of the church. Weeks later the pastor happily bragged about having these opportunities, despite never having participated in them. After a few months had gone by it became apparent that no additional avenues would be created to intentionally reach people outside of the church. There was very little to no effort provided to support the service for the elderly or meeting neighbors. It became obvious that to one individual, reaching the lost meant connecting with people outside of the church, and to others, it meant, “We need people to come to church.” One aspect promotes sharing life with another person and the other aspect communicates, “Come and be like us.”

The power that is attached to the word diversity rests in who gets to control its definition. If you control how it is defined, you control how it is used. The word diversity can then be usurped to display a hopeful, embracing, and opportunistic space on the outside; but in reality, it is a powerless, suppressive space, created in self-interest at the expense of bodies that will support it. Pseudo-diversity provides the illusion of change while never truly presenting a sharing or exchange of power. It calls for and even demands love and loyalty without action or responsibility. I have come to see that this paradigm is dangerous to any cause of equality. So why do we still see diversity in this form?

I believe it is still observable because the power struggle still exists. We ask if there is a need for it because the partial narrative tells us we have already tackled and resolved the issue. Research points out that African American women are still one of the most marginalized groups in America. The 400 richest people in the United States have more wealth than the bottom 150 million put together. Why do discriminatory hiring practices still exist? The questions and statements could go on but I believe diversity is still hanging around because many of “us” are still here — the outsiders, who from birth have believed that we would one day see and live in an America that would be held accountable to provide “Liberty and Justice for All.”

We believe that it is not up to another to decide if you are able to handle these freedoms and liberties, but to provide them because they are the right of every person. Diversity is running its race and history is embedded within it. Our hope is that a new present is being created as the result of our current history and that it will be one where power is given to all people.