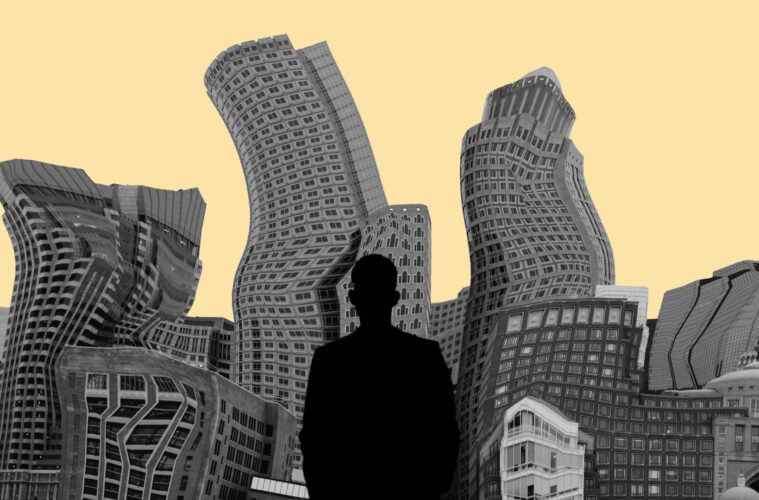 Where Shall We Stand?

Transitions, like most things in life, are often not as easy as we expect them to be. Many of us, perhaps unwisely, plunge into them, headlong. We survey a sea of possibilities, each one more tantalizing than the one before, and we take that daunting dive into the abyss. Whether it be a new job, relationship, or school, the transition period tends to be an exciting time of newness and possibility. Inversely, and necessarily, however, with newness comes unfamiliarity and thus the possibility (probability) of failure and mistakes.

Towards the end of July 2020 I moved to Boston, MA, and having been born and raised in the small town of Mt. Dora in central Florida, I had never experienced “city-life.” Needless to say, this event in and of itself could have stood alone as a significant transition, but it had company. Not only were my spouse and I relocating 1,000+ miles from our home, but I was also leaving full-time employment in the Church to return to graduate school, in pursuit of my MDiv. So we now have a total of three major life transitions: changes in home, work, and school.

Within my first week of being in Boston, I got lost in the city’s public transportation network three different times; at this point I am very familiar with parts of the subway I don’t necessarily want to be familiar with. The most recent incident involved a slight mix-up with the bus system. After a lot of sprinting and frantic reading of street signs, I made it on time to my destined stop — or so I thought. As it turns out, I was at the correct stop, but I was on the wrong side of the street. A stampede of oncoming traffic separated me from my way home; all I could do was stand and watch as the bus pulled over and then continued on its way.

Seeing as I now had an ample amount of time before the next bus arrived, I crossed the street and spent time in reflection. For reasons unknown, as I was waiting for the next bus, I was haunted by an idea. Did this entire scenario — me arriving on the scene (at a specific moment in history), anticipating the arrival of the bus (an event), only to find myself on the wrong side of the street (or history) — not accurately depict the current situation of the Church?

The Church, and world, is currently in a massive state of transition. Between COVID-19, the murders of George Floyd, Breonna Taylor, and Ahmaud Arbery, and the protests/riots erupting across the country, 2020 has turned the world on its head. What does it mean to be the Church in this time? What is the Church’s role in the midst of chaos? At this unique moment in history, the Church finds herself with the distinct opportunity to be either a passive observer or an active participant in these national and global transitions and crises. To help flesh out the illustration provided earlier, I will enlist the help of the famous German idealist philosopher, G.W.F. Hegel.

At this unique moment in history, the Church finds herself with the distinct opportunity to be either a passive observer or an active participant.

Hegel states, in a well-known line, that, “the Owl of Minerva (philosophical insight) spreads its wings only with the falling of dusk (the end of an epoch).” Rather simply, this means that meaning is bestowed upon an event retroactively. The crucial task here, however, is to not confuse this with strict determinism. Critics of Hegel often read him as developing a totalizing and closed system of history constituting the unfolding of the Absolute. What contemporary scholars of Hegel have argued, however, is that rather than proving history’s closed circle of unfolding, the retroactive positing of meaning onto an event proves the System’s irreducible contingency. What was once experienced as destiny is now rewritten as a mere outcome of a myriad of possibilities. Possibility now, along with meaning, is reintroduced into the past. With this in mind, let us return to the bus metaphor.

At this point in time the Church finds herself on the cusp of a new epoch. Worship services are now virtual, race relations and tensions between citizens and the police are growing, public health concerns are becoming political, and yet the Spirit still speaks — what does it say? Like a displaced Floridian standing on a bustling Boston street corner, the Church stands amidst noise and confusion. She must act. The Event that the Church is waiting for is Justice, and along with it, the coming of Christ — not in the strictly literal parousia meaning, but in the precisely Derridean understanding of messianism — as that which is always to come, never appearing fully, arriving always/already too soon or too late.

Worship services are now virtual, race relations and tensions between citizens and the police are growing, public health concerns are becoming political, and yet the Spirit still speaks — what does it say?

Justice, like the Spirit, blows as it will (Jn. 3:8). Ungraspable and fleeting, Justice arrives in a moment and is gone in the next, just as the bus pulls into its stop and then continues on its way. So the question that now haunts the Church is this: Which side of the street (history) will she find herself on? Will her ministers cry out against racial injustice? Will she love her neighbor by adhering to public health precautions? Will she be a support to her community in a time of massive unemployment? Will she advocate for just leadership and policies for all people in the upcoming election? The sun is setting and the Owl of Minerva is beating its wings, preparing for flight. The present moment is laid bare before us — a sea of possibilities — and only the future will declare our meaning. Meanwhile, the bus is about to arrive: Where shall we stand?