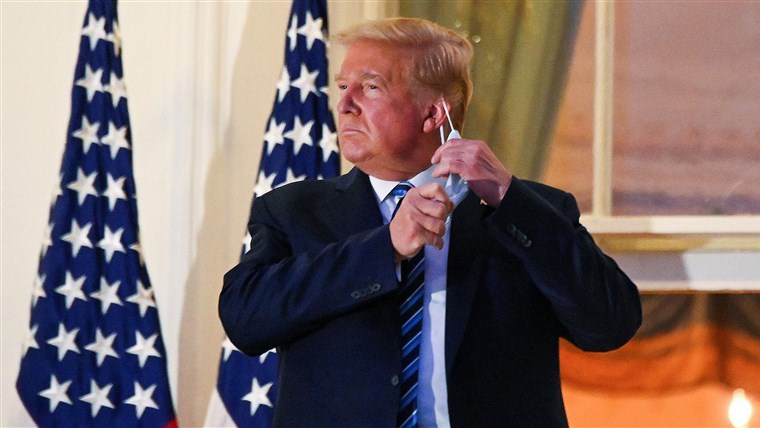 What Trump Has Taught Christians (and What We Failed to Learn)

Some words you never expect to write. Yet in this past week, Christians have had much to learn spurned on by the announcement that the very Commander-in-Chief Americans are told to look up to contracted the very disease he so often tried to downplay. The very thing that many thought would be ironic and extraordinary to happen, happened. Trump fell ill with COVID and the people around the world just stopped.

While the world was watching, we were bombarded with conflicting reports. Was Trump getting better? Had his health declined? Will there be a fundamental shift in power? Will the election or even the Supreme Court nomination get sidelined?

All of these questions and more seemed to be pontificated endlessly since the diagnosis. Yet, what may be more important to ponder and reflect upon have been the myriad responses offered by Christians in response.

Three sorts of responses filled my feeds throughout the week:

Considering these three common responses, what can be learned from Trump getting COVID?

For Pentecostals, prayer for healing is not just something that one enacts in extraordinary circumstances, but what is done for even the most mundane sicknesses. Stomachaches, headaches, and even the occasional “boo-boo” receive just as much sincerity as the prayers for healing of cancer. Healing, at least defined as the curing of physical ailments, is expected within prayer. Prayers are not just given on behalf of those who have faith but offered for those in need of an experience with God. Many, those who have agreed with Trump and those who have not, have been praying for his healing. This is an expression of Christian faith to both pray for those we care for as well as to love our enemies and pray for those who persecute us.

Yet many in their frustration have reveled in Trump’s ailment in the hopes that there may be change. For so long, many within certain Christian circles have struggled with many church’s unfettered acceptance and love of Trump. For some, Trump’s illness is expressed within excitement that there may be change afoot. With the possibility here of making an ill-fitted analogy, there have been many times within the history of the Church that the Church has prayed against those in leadership that were antithetical to the Kingdom of God.

What may be the best lesson for Christians amidst “such a time as this” is that we hear from those who have been hurt the most. Many of those who are the immigrants and minorities have been pushed down, hurt, and even further marginalized. Prayers of healing for the person who has hurt so many with their policies, words, and even failure to speak out against hate groups and white supremacists can easily be translated to acceptance of that person’s failures.

What may be the best lesson for Christians amidst “such a time as this” is that we hear from those who have been hurt the most.

Within these three general observations of much larger issues, there is much for the church to learn. The lessons are hard, but once learned can help us as we struggle to find out a way in complicated times.

Firstly, prayer is a must, even for those we disagree with. There is no harder moment for any Christian than praying for someone who persecutes us. Loving our enemies is not just something that we do as a Christian practice, it is fundamentally who we are, and as a paradoxical reality, is an aspect that screams within us to ignore. To love our enemies is to love God.

Yet what we cannot ignore is that in our love of our enemies, we cannot fail to demand justice.

Like much of the past four years, we must as a church be willing to stand up when something goes against the kingdom of God. We are called first and foremost to build the kingdom and that goes beyond any political affiliation we may hold. If we pray for our enemies but do not seek justice, we fail to build the kingdom.

What the church can learn from Trump is two-fold. First, we can learn what our inclinations were when we first heard about Trump’s illness. Were we first inclined to pray for Trump’s healing? Or, were we secretly hoping that this would bring the change that many have been hoping for? How we first responded to the news of Trump’s illness speaks directly to both the support or frustration we feel toward the president as well as how we emote spiritually.

What we failed to learn from Trump’s illness is that we cannot divide or separate the areas of our faith. Those who spoke up loudly in their prayer and support of Trump failed to listen to those who have felt/been downtrodden or oppressed through his policies and actions, one of the most spoken to issues throughout all of the Bible. Those who spoke up in hopes of Trump’s demise struggle with another deeply biblical issue of loving our enemies and praying for those who have persecuted us.

In our love of our enemies, we cannot fail to demand justice.

There has been much to learn in this time, and much that we can fail to learn, as the political and social turmoil within the country seems to be growing. Christians must set the example for how to pray, how to care, and how to demand justice.