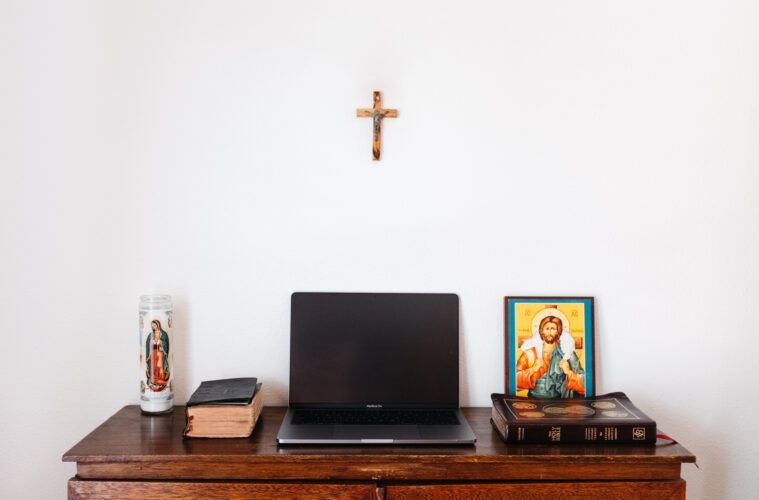 How Real is the Virtual Church?

It seems like the age of the digital church has finally arrived.

As the coronavirus pandemic sent cities and communities in lockdown, a massive online migration of churches ensued. For most faith communities, implementation of strict physical distancing measures effectively locked-up their sanctuaries.

Suddenly, churches of all stripes, big and small, the traditional and the trendy, found themselves confronted with a pressing decision to reimagine religion with digital technology as the only remaining life-support. Of course, for some, the online migration felt more like a forced evacuation. What followed were refrains of an unhappy exile and choruses of lamentation for being sent to what could be called as captivity to “Babylonian technology.”

Pastors were left with very little choice but to settle for livestreams and Zoom calls, and at the very least, to exude a semblance of normalcy. Taking comfort in the words of an ancient prophet, social networking platforms became the temporary shelters wherein God’s people had to “settle down,” to thrive and to survive (Jeremiah 29:5).

It was a fascinating phenomenon to see digital ministry turning into a matter of survival whereas a year ago, it was considered supplemental at best or just an optional add-on. Since Walter Wilson’s book The Internet Church was released in 2004, the viability of launching a ministry to the realm of the non-physical has been the subject of much debate. While there have been churches here and there that have utilized technology to extend the frontiers of their ministry offerings, not too many positively approved the Body of Christ incarnating fully in the digital sphere.

But with digital technology as the most likely if not the only option left in the time of a deadly pandemic, churches found themselves in a mad rush toward a radical shift which they had been very reluctant to embrace. Transporting the church to the digital sphere in an instant opened up a Pandora’s box of questions, concerns, and fears.

Can spiritual rituals really be executed digitally and still retain their sacramentality or feeling of the sacred? If so, which ones?

Can grace be communicated via Wifi?

Are not God’s people being reduced to consumers of spiritual goodies now competing with each other via social media? But here’s a fundamental issue that lies of the heart of much of these concerns:

What is real in the virtual?  Much of the perplexity surrounding this question is rooted in confusion of what the word ‘virtual’ means. Many people understand it in the sense of being not real (or almost real but still not quite). Seeing faces on a screen, no matter how fun, still falls short of the glorious capacity to actually put arms around someone or to breathe the same air in a closed room. Oftentimes, this comparison has to do with the digital not being an actual experience of being with one another.

And so, the idea that the digital church is actually a pseudo-fellowship at best floats like a sword of Damocles. Some others even reduced the issue to adopting a form of hi-tech Gnosticism. That is, churches congregating in Zoom and Skype are no better than a mode of being disembodied congregations.

While the above understanding of the virtual holds popularity, the technical definition of the word tells another story: the virtual is an experience of reality mediated by technology — digital extensions of ourselves reaching out to others in bytes and pixels. Arguments can be made that this is no different to how Apostle Paul himself pioneered a form of virtual presence by circulating ‘epistles’ across the Mediterranean — only that the good apostle relied on ink and parchment instead of Wifi and video shoots.

The virtual is an experience of reality mediated by technology — digital extensions of ourselves reaching out to others in bytes and pixels.

Taking the virtual in this way, talking via Skype or FaceTime can be no less personal than talking face-to-face. Meeting together via Zoom can, in actuality, provide an intimate way of getting connected. While it does use a medium, the virtual renders the experience of ‘being with the team’ as no less real. Studies in news media and communication do show that the digital allows for connections that would not be otherwise possible ‘in-person.’

This is true especially among those who better express themselves via mediated forms of interaction. In my own experience of participating in Zoom Bible studies in this time of quarantine, the discussions were often lively enough and to some extent even more engaging.

Re-reboot. So, the crux of the matter is whether the virtual experience of togetherness will come out as genuine. Note that in so many ways, one can be physically present and yet remain mentally away and absent. The issue here appears to be not one of proximity but of authenticity. That is, were you given full and undivided attention and were you able to return the favor? That is the question that spells the difference between really being together and not actually being together. For churches going digital, this is the fundamental question as well.

The issue here appears to be not one of proximity but of authenticity.

While there will always be something more that can be gained from gathering ‘in-person’, there is also something to be gained from the virtual that is not provided for in physical meetings. If there is to be any comparison between the two, perhaps, this would be the realization that one form is not necessarily more true than the other. Just two different kinds of being together.

But will the digital prove to be an integral, and thus a permanent part, of the ‘new normal’ of the post-coronavirus church? Have God’s people been sent on a mere momentary exile so they can reflect deeply on the fate of their digital souls? Or should the church pray for an eventual exodus that will deliver it from its digital captivity?