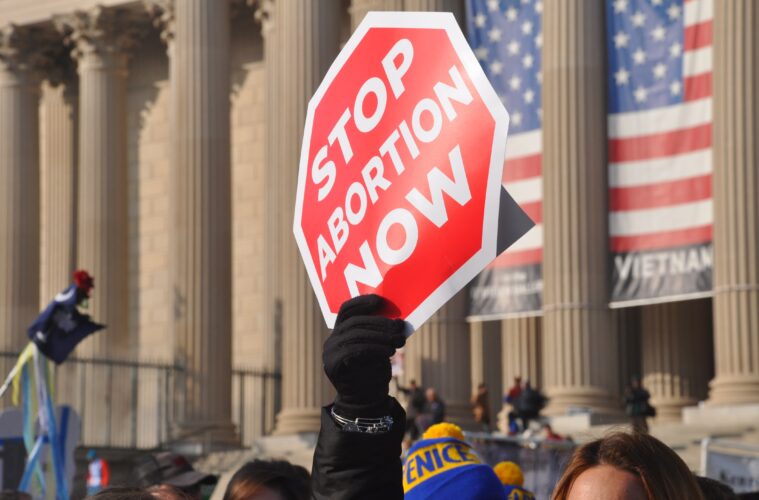 How the Religious Right is Hurting the Political Right

Growing up in a conservative, Republican, and deeply Christian home is not a unique scenario within a deep south upbringing. Within such a culture, many millennials from Evangelical and Pentecostal traditions have similar stories. For instance, when voting, we were told that we should vote in a way that would uphold our Christian morals and ideals. This was our Christian and American duty.

During the rise of the Religious Right, there was a strong push to be pro-capitalism, anti-communism, pro-Israel, and anti-Russia. There was a desire to vote through a religious morality espoused by those within the Religious Right movement. Yet, for all of the issues that seemed important to the Religious Right, one issue above all was the only true litmus test for which politician should be endorsed and given a vote.

Many in the Religious Right identify as “single-issue voters.” As the singular issue by which a vote would be cast, being Pro-life simply meant voting for the candidate who was vocally against abortion and who would work toward the overturning of Roe v. Wade. Policy arguments only truly mattered for the Religious Right during the primaries where a vote had to be cast between different pro-life candidates.

However, millennials who identify as Christian cannot simply be understood as “single-issue voters.” Holding strong to the idea that abortion should be illegal, these millennials find issues involving the environment, social services, and the care of others’ well-being equally important, more than in previous generations of Christians.[1] For these Christian millennials, pro-life no longer means being anti-abortion. Being truly “pro-life” includes providing accessible and affordable healthcare, taking care of the environment, caring for the marginalized, and more.

This leaves Christian millennials with a dilemma. Seemingly, they could vote for the party that claims anti-abortion as being pro-life while the social ills and woes important to their faith are either ignored or made worse. Or, they could vote for the party that is often viewed as more concerned about taking care of people through social programs and caring for the environment but politically has allowed for abortion to be a choice. Simply put, many Christian millennials are pro-life in a world where no political party holds the same values.

As environmental issues worsen, while epidemics like COVID have made wealth disparity and the lack of accessible healthcare even more apparent, and the separation of families within a culture that declares family is one of the most important issues, Christian millennials are struggling with a hierarchy of ethical choices. No longer are Christian millennials able to identify as primarily “single-issue voters” but as those who are being pulled between parties and issues. Christian millennials are struggling to cast a vote that cares for the most profound of Christian issues: caring for the widow, the orphan, the poor, the immigrant, and yes, the unborn.

Many Christian millennials are pro-life in a world where no political party holds the same values.

Finally, the Religious Right has further pushed Christian millennials away in its unabashed acceptance of President Trump. Many of the morals taught to Christian millennials by those within the Religious Right are at best ignored and at worst excused when it comes to Trump’s actions. Crass language, lying, slander, and sexual immorality, all of which is taught as antithetical to a Christian life, that churches would actively discipline members for engaging in, seem to be par for the course for their political choice.

The resounding catchphrase of the 2016 election amongst Evangelicals and Pentecostals could be heard anytime voter choice was raised, “I am voting for the lesser of two evils.” Trump could be excused of his past that he unashamedly declared he did not need repentance from because he promised to be pro-life. Yet, now in 2020, as Christian millennials are expounding what pro-life really means, “from womb to tomb,” a complex ethical choice is at work. They are left with a question: “How does one vote to be the most pro-life, not just pro-birth?” The political right is losing the second largest voting block as more millennials leave the church while still attempting to live by the religious ideals they hold dear.[2]

How does one vote to be the most pro-life, not just pro-birth?