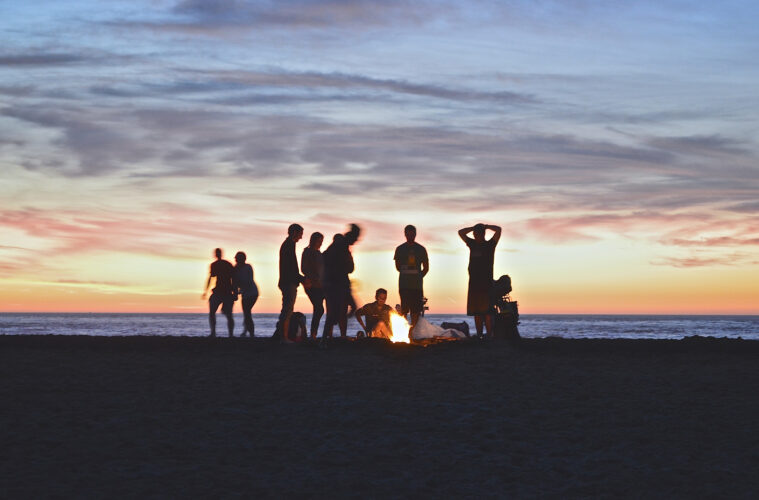 Would you believe me if I said you were a storyteller?

Those capable of captivating an audience through written and oral word have a wonderful gift that must be shared with the world. Of all the ways God is capable of communicating His goodness to us, God has written us stories that tell of God’s own character and nature as He acts on His own creation. The character and nature of God unfolds before us when we read Scripture as the narrative it truly is — one big story written by a bunch of storytellers inspired by the Storyteller.

In every story we’ll find a plot with conflict, resolution, characters, etc. These elements are essential for telling a successful story. For the time being I’d like to talk about a specific character we find in the Gospels. Though Jesus does make a cameo in this anecdote, I would actually like to discuss Peter’s character.

Of all disciples following Jesus we find Peter mentioned the most in every Gospel, whether synoptic or Johannine. Why? What is the significance of this? Was it intentional? Perhaps Peter’s personality was as obnoxious as the writers tell us, deserving the spotlight more than usual. Whether cutting off someone’s ear or losing a foot race to an empty tomb, Peter appears in these stories more than most and because of this he becomes a more relatable character to readers than others. We see Peter’s humanity. I would wager that the writers knew this and used it purposefully. When reading the Gospels we find four themes in Peter’s interactions with Jesus that we’ll also find congruent with our own: calling, revelation, failure, and redemption.

Peter first meets Jesus while fishing. It’s morning, as it is custom for fishermen to set out at night and work all through the morning. Jesus is walking along the sea and notices the men at work. They haven’t caught a thing so Jesus suggests they cast their nets on the other side of boat. They catch more fish than they can handle. As they’re freaking out Jesus invites them on a lifelong journey called discipleship. “Follow me…” he says. So they drop their nets, put away their gear, dock the boat, and begin their journey.

In Jesus’ day, Jews essentially had two options. Those who were smart enough and performed well would typically remain in school for rabbinic purposes where they would eventually become Scribes, Pharisees, etc., while those who did not would pick up a working trade (like blacksmith, carpentry, or fishing). Peter fell amongst the latter group. The significance here is that those who followed their rabbi would literally drop everything: their jobs, their families, their friends, etc. They did what their rabbi did, said what their rabbi said, ate what their rabbi ate, and so on. So when Jesus calls Peter to follow him, Peter is given a chance to redeem himself through what is the “better opportunity.” In a similar way, when Jesus calls us, it is always from what was “not good enough” and into redemption. This is the first time Peter is met by the mercy and grace of God.

When Jesus calls us, it is always from what was “not good enough” and into redemption.

Now revelation, an imperative theme in every follower’s journey, is not as “mystical” or weirdly far-fetched as it may seem. A little later on in the story, Peter confesses Jesus is the Christ. Jesus is ecstatic. Finally! Someone who gets it! Surely, God the Father revealed this to Peter – there is no denying it. But how does God do this for Peter? Again, revelation occurs through countless interactions and stories that tell of God’s character and nature. Only a couple chapters before this, Peter does the miraculous and walks on water. However, Peter does not merely walk on water. In the Jewish mind, water was something of a “god,” something to revere at all times. This belief was influenced by a number of precedents: the flood in Genesis, Moses and the Red Sea, years of surrounding pagan theology, the list goes on. It’s morning time again and the disciples are at sea in the midst of a storm. Jesus approaches the boat and the disciples believe him to be a ghost but he reassures them to take courage and to not be afraid. Peter, doubtful, says, “Lord, if it is you, command me to come to you on the water.” Or, better understood, “Lord, if it is you, as I come to you keep me from death.” Jesus commands, “Come.” Peter begins walking and shortly after starts to sink. “Lord! Save me!” Peter exclaims and Jesus does just that. In a similar way, we realize the saving character and nature of God when he bids us “Come to Me so that you may live.” In this moment, Jesus shows the disciples who he is and they respond, “You are certainly God’s Son!” This is the second time Peter is met by the mercy and grace of God.

Revelation occurs through countless interactions and stories that tell of God’s character and nature.

A common experience for every believer is failure. We fail often and convince ourselves we’ll eventually exhaust the grace of God. Peter knows what this is like. On the night Jesus is betrayed the disciples share a final meal with each other. During the meal Jesus tells Peter that he will deny him three times before the rooster crows. Shortly after the meal Jesus takes his disciples to a garden for prayer while Judas is off securing his bag. With full bellies and tired minds, the disciples fall asleep while Jesus dialogues with the Father about his foreseeable death. Alas! Judas arrives with soldiers to take Jesus away and like rats all of the disciples scatter. They are nowhere to be seen… except Peter. As Jesus is taken off to be condemned and crucified, Peter follows at a distance. During Jesus’ meeting with the high priest, Peter is sitting outside in the courtyard when a woman comes up to him.

“You too were with Jesus the Galilean.”

“I do not know what you are talking about.”

“This man was with Jesus of Nazareth.”

“Surely you too are one of them; for even the way you talk gives you away.”

In the moment where Peter cannot meet Jesus, Jesus meets Peter with mercy, yet again. For “His mercies never come to an end; they are new every morning” (Lamentations 3:22,23). In a similar way, we’ll often find ourselves following at a distance, preparing ourselves for failure, full of fear that the cost of following Jesus might be too much. Nonetheless, this is the third time Peter is met by the mercy and grace of God.

Jesus is crucified. Peter’s rabbi is now dead and three years of discipleship go right down the drain. What was it all for? Was it all in vain? What should Peter do now? Peter decides to go night fishing. He picks up his nets, gathers his gear, undocks the boat, and has now returned to the “not good enough.” He has failed at his second chance called redemption. But can we blame him? It is conversant with Peter’s “old self,” it is comfortable and safe.

It’s morning again and in the distance a familiar voice calls out, “Have you caught any fish?” to which the fishermen reply, “No.”

“Cast your nets on the right side of the boat.”

John realizes it’s Jesus and proceeds to tell Peter. Peter throws his clothes on and jumps out of the boat and into the water he was once so deathly afraid of. Walk, sink, or swim, Peter intends on seeing his resurrected Lord. Similarly, we too have moments of retreat to despair and hopelessness, yet Jesus still makes plans to see us, to love us as we overcome our fears. This is the fourth time Peter is met by the mercy and grace of God.

As followers of Jesus I am sure we have seen ourselves at various points in Peter’s journey. These themes are inevitable! They overlap and revisit us frequently. What are we to do with them? Well, we are storytellers, prophets at best! A good storyteller not only relays what has happened but also what is to come; we do this by choosing God. The story we live today is the story we will tell tomorrow. So I leave you with two questions: What story would you like to tell and which character would you like to be? If you fail there is no need to fret. Morning will come again and you’ll hear the rooster’s crow.