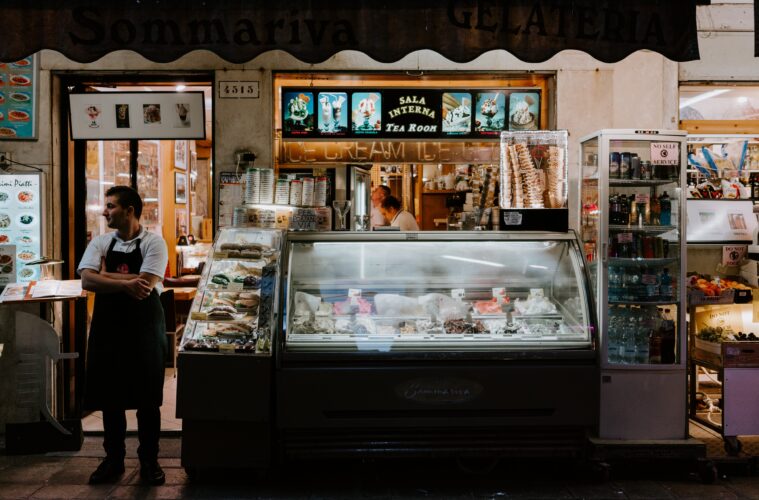 The Deli Gospel, or How I Learned to Stop Worrying and Love Ambiguity

On the evening of November 13, 2015, a group of Islamists launched a coordinated terrorist attack in six locations across Paris. Altogether, 130 innocent people were slaughtered after being caught in the snares of a geo-political war they had played no role in shaping. As the attacks ensued, I sat mere blocks from the site of the recently assaulted Bataclan Theater, silently praying that God would spare me.

Before Paris, I was a left leaning political zealot committed to the gospel of social justice; a person who saw herself as invariably fighting on the right side of history. Truthfully, I was just another radicalized youth who hadn’t lived long enough to appreciate complexity. In fact, I doubt I was all that different from the activists I spare no expense in criticizing today.

ISIS threw a wrench in everything. After returning from Paris, I felt myself slipping away from optimistic political absolutes to inflexibly nihilistic ones. Justice was an ideological fiction and God was dead. My bleeding-heart liberalism similarly deteriorated. I didn’t want to fight for the common good anymore because I didn’t believe in it. I let my rage fester until I finally adopted a resolute contempt for Islam. It wasn’t that I desired to inflict retaliatory violence on anyone. I was simply unmoved to see Islam as anything but a gateway drug to radicalism. Perhaps more troubling is that my analytic eye conspicuously ignored the atrocities committed in the name of every other religion.

I didn’t want to fight for the common good anymore because I didn’t believe in it.

Everything began changing in mid 2016, when I picked up a second job at a grocery store deli while taking summer courses. Every evening after class I spent eight to ten hours washing dishes and trying to cut various meats and cheeses for impatient customers without losing a finger. One day, in a fashion that is hard for even a non-believer like myself to read as coincidental, I befriended a Muslim coworker. Of course, I didn’t immediately know her religious affiliation and, as I soon learned, she did everything within her power to hide it. She revealed her faith one night as we casually discussed our lives. The revelation came after I told her that I was studying religion. Hearing this, she immediately perked up, eagerly relaying to me that she practiced Islam. Looking back, I believe that she only trusted me because, as an aspiring scholar of religion, I was supposed to be impartial on matters of faith. Instead, I was dangerously straddling an ever-narrowing line between justifiable anger and unbridled bigotry.

In that moment, I felt the unfairness of my wrath against Islam circling back and smacking me in the face. It was as if I had fired a boomerang shaped bullet into the world that was only now returning to me. This woman was a regular person, doing her best to exist in a world that is as unforgivable and cruel as it is wonderous. We were both just two working class people doing what we had to do to get by. Her prayers hadn’t pulled any triggers in Paris. Neither had her religion compelled her to harm me throughout our shifts together. She knew I wasn’t a theist before I learned that she was, a fact that did not motivate her to shove me into a meat slicer for my apostasy.

It was fairly straightforward to finally accept that my anger towards Islam was misplaced. Yet, recognizing the rapidity with which one tragic event had plunged me into a scornful abyss gave me cause to doubt the durability of the virtue I wanted so much to cultivate. Within months of visiting Paris, the righteous indignation I initially experienced gradually morphed into greater and greater levels of intolerance. Contemplating this downward spiral forced me to question how many degrees of difference realistically separated me from actual terrorists. What would it have taken for me to commit similar acts of indiscriminate violence? Was I capable of an untamed rage so visceral it compelled me to hurt innocent people? As it turns out, it is easy to be a neighbor-loving paragon of virtue if your neighbor has never done anything to make you wish they were dead. As a consequence, I believe the ambiguous nature of reality and the fragility of our moral commitments is only really evident after a person understands how remarkably effortless turning your back on goodness can be. Nobody truly knows the depths they are capable of sinking to until they are staring up at their idealized self from a pool of hatred. That is why it so necessary to resist tyrannical simplicities that distort reality.

It is easy to be a neighbor-loving paragon of virtue if your neighbor has never done anything to make you wish they were dead.

More and more, it seems to me that we allow too much room in our hearts for distrust and animosity. Understandable grievances have tended to be accompanied by acts of unnecessary violence, sometimes as a direct response to even more unnecessary displays of aggression. While I don’t believe every circulated grievance holds equal weight, I sense that at the heart of this year’s civil unrest lies a host of injustices hiding beneath perceived wrong doings we have erroneously attributed to people we construe as too demonstrably other to deserve our compassion.

No matter your political leanings, it is more important than ever to extend grace and empathy to people who may or may not deserve it by your own estimation. We too often let our suffering define who we are and determine our actions. Anger and pain compel people to do and think despicable things but life’s ambiguous character means that nobody is either all good or all bad. We are broken and messy, but ultimately redeemable. My wish is that, in this unfathomably complicated and emotionally trying time, we all summon the generosity of spirit required to see one another’s humanity through the bewildering brushfire of what may appear to us as deeply discouraging demonstrations of in-humanity.