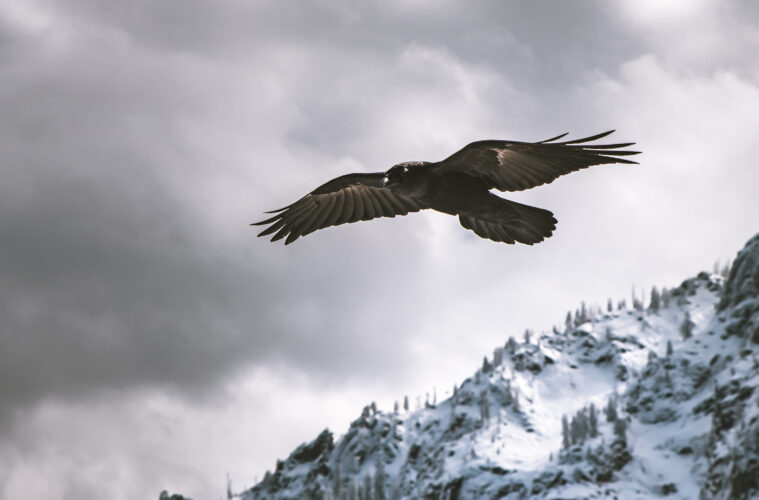 Every once in a while we are sitting at a restaurant or in a waiting room somewhere and a cringe-worthy scene occurs: there is a group of people talking for an extended period of time about a given topic, and then the new guy comes along and jumps in. Completely disregarding what has already been said and the insightful points already given, the person passionately and boisterously gives his or her own opinion. What is worse is often this scene ends with the person neglecting to listen when others try to catch that person up to speed on why this stance does not address the complexities already discussed. It’s an entertaining scene to watch from afar, especially when the waiter passes by with yet another tray that belongs to some other table, but it is a terrible situation to be a part of first hand, and Christians keep doing so when it comes to the topic of God as feminine.

The aversion to analogs of God as feminine has only permeated theological discussions so fiercely in the last fifty years or so. Throughout history the church embraced feminine images of God, or at least did not view them as bothersome. Clement of Alexandria in the second-century uses the language of God as mother, while in the fourth-century John Chrysostom describes Christ as nurturing the people of God as a mother who “nurtures her offspring with blood and milk.”1 His contemporary Ambrose of Milan also spoke of “the Father’s womb” and “the nourishing breast of Christ.”2

Throughout history the church embraced feminine images of God, or at least did not view them as bothersome.

Theologians Wolfhart Pannenberg (1928-2014) and Sallie McFague (born 1933) emphasized that unlike the Canaanite gods, our God is not sexual in nature and is neither male nor female, only parental in metaphor toward us.3 Because the biblical authors were relational beings (as are we), these are the metaphors that pervade scriptures about the imago Dei.4  Today, Christians are so afraid to be associated with postmodern feminists that they throw out the baby with the bath water and respond as if the feminine attributes of God are a completely new idea.

In fact, to reject the metaphors of God as Mother is to reject numerous scriptures and therefore arbitrarily limit ones view of God. It is true that God is not Mother, just as God is not really Father either – these are all metaphors to partially explain the mystery of God, and each one will fall short. However, to refuse to hear of the Lord as feminine is to refuse to listen to many biblical writers’ revelations of who our Lord has been to them.

Our Lord has chosen to reveal Godself to the Israelites as a mother eagle “that rouses her chicks and hovers over her young” (Deut 32:10-11 NLT). CBE International writer, Julian Bullock, beautifully analyzes this nature scene noting that a mother eagle will push its young out of the nest to train it but will swoop down every time that it falls to pick it back up.5

Moreover, the Bible depicts God “with explicit uses of womb and birth imagery”6 in Job 38:8-9, Deuteronomy 32:18, and Isaiah 46:3-4 and as a woman in labor in Isaiah 42:14. According to the Bible Project, Exodus 34:6-7 is “the most referenced passage in the Old Testament,” one where God reveals Godself for the first time as five attributes, one literally being “womb-like,” often translated as “compassionate”.7 We can never give adequate words for what God’s mercy has been like that cloaks us and carries us through, but the Lord’s image of womb-like is deeply intimate and compassionate, and who are we to tell the Lord that this is an inappropriate image?

The Lord has chosen to reveal God’s faithfulness to the Israelites in this loving, feminine way, and we ought to be in awe of this steadfastness.

Interestingly, theologian LaCelle-Peterson asserts that the translation of El Shaddai as “almighty” only comes from the understanding that the root word shadu means “mountain,” yet shad means “God with breasts,” which lines up in accordance with Isaiah’s understanding of God having compassion on the Israelites like that of a mother over her “nursing child,” (Isa. 49:15, 66:12-13), Peter’s depiction of longing for God like a newborn longing for “spiritual milk” (1 Pet. 2:2-3), and David’s reflection of contentment with God of being “like a weaned child with its mother” (Ps 131:2). Even Jesus laments over Jerusalem, crying out that He wishes to gather their children “as a hen gathers her brood under her wings” (Luke 13:34). How dare we scoff at our Christ for choosing to use feminine imagery to describe His love for us?

The Lord loves us like a tender mother, just as God loves us like a protective father, and both images are insufficient yet palpably endearing and revelatory. Let’s not be that person who is so afraid of being associated with feminism that we call all the saints who have gone before us scandalous for such talk and especially not our Christ for using this language. And if we have in the past, the Good News is that we are new creations, and next time we join a conversation like this, we can ask the Holy Spirit to help us listen – I think God will tenderly take us in again – after all, Mothers are quite good at this.