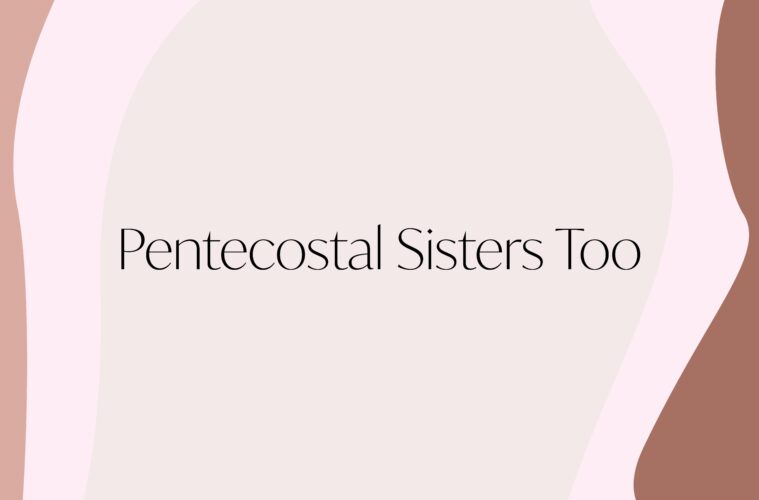 Of course, we’ve all known it was happening and far too many of us have experienced the harassment and abuse in our Pentecostal churches and institutions. We’ve heard the stories about leaders and pastors who did or didn’t get caught. And we’ve rarely, if ever, seen any repercussions, criminal or ecclesial. So, when the lid began coming off in the Fall of 2017, and we heard numerous, painful stories from seemingly all walks of life (Hollywood, Washington DC, news outlets, corporations, Olympic athletics) Pentecostal women waited for the response of our leaders. It seemed to me to be low-hanging fruit; I mean, how hard is it to name the sin of rape?

But no response on the part of Pentecostal leaders followed.

In December of 2017, when the New York Times ran the obituary of Recy Taylor, a Pentecostal woman who had been brutally gang-raped in 1944, on her way home from the Rock Hill Holiness Church in Abbeville, AL, I was deeply stirred.  The crime went unpunished and unreported in the White press. Now, she had died. As a lifelong Pentecostal and a Pentecostal historian. Why was I just now hearing this story of my Pentecostal sister? The answer was obvious. There is a culture of silence in the church, even now. That culture, intersecting with the racist culture of the Jim Crow South, was overwhelming and stifling. And the story, in various forms, has been repeated over and over again in our circles.

The Society for Pentecostal Studies sisterhood decided it was time we called for a response. On March 9, 2018, Friday evening following the plenary session, at 9:10 pm, 101 SPS members and conference attendees, female and male, gathered at the Cross Chapel at Pentecostal Theological Seminary to discuss how Pentecostal scholars should address the #metoo moment. Not surprisingly, one by one, women rose to share their stories of being abused in their homes, in their churches, and in Pentecostal educational institutions. Other women ministers shared painful stories of discrimination in the church.

Cheryl Bridges Johns and I carefully facilitated the time of lament but also of constructive engagement as the group brainstormed and strategized about needed responses and resources. The consensus was that, in addition to a special issue of the SPS journal Pneuma, and papers addressing the issues being presented at future meetings, a formal statement, including a call for repentance, was needed, written by Pentecostal scholars, in consultation with Pentecostal leadership. A committee of SPS members was elected to draft the statement consisting of Dale Coulter, chair; Dara Coleby Delgado; Miriam Figuero; Jacqui Grey; Craig Keener; Shannon Polk; and Joy M. Qualls. That statement follows.

I believe I hear the Spirit saying that the listening and the prophetic speaking has just begun.

To view and / or sign the statement, please go here.